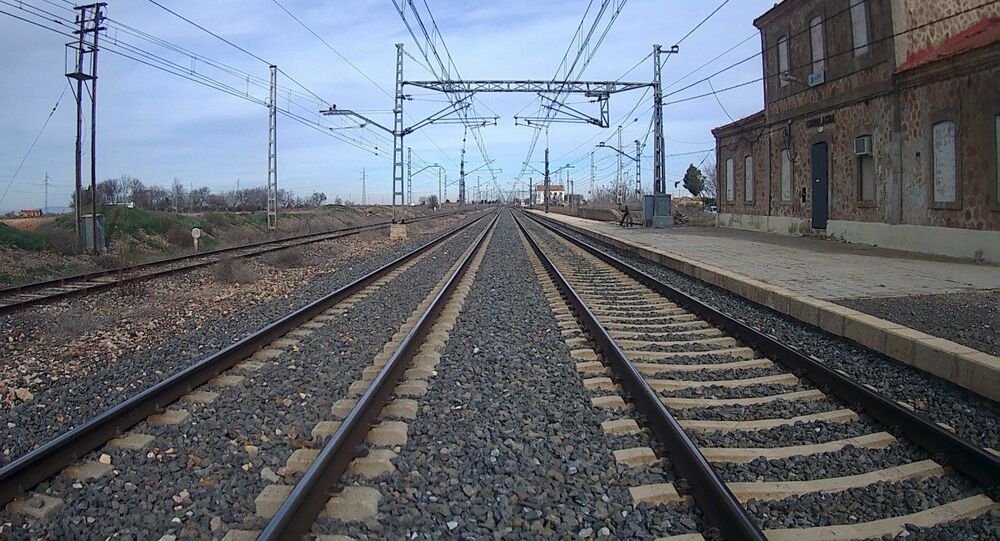 "The important area [of cooperation], which has been developing this year, is the organization of shipping, including in the North–South Transport Corridor, and the creation of a joint operator… We believe that it is one of the most important aspects which will allow for significantly increasing the volumes of shipping and traffic of goods from India and Europe and in the opposite direction through the Russian territory," Misharin told reporters.

© Sputnik / Vitaliy Ankov
India-Russia Surpass Trade Target Ahead of Schedule, Reset It to $50Bln
Russian Railways and Indian Railways plan to sign a memorandum on the development of cooperation which includes designing and delivering traffic control systems, Misharin added.

"Today, we plan to sign a memorandum and an agreement on the development of cooperation which includes creating and delivering systems of traffic control, security and automatic controls," Misharin told reporters.

He also said that Russian Railways is planning to deliver rolling stock to Indian Railways, adding that the first batch will include 100 railroad cars.

"Today, we will discuss the joint organization and the delivery of the rolling stock as well as the localization [of manufacturing] and the organization of building railroad cars here," Misharin said.

The volume rail traffic in India is high so entering this market is very important and interesting for Russian Railways, according to Misharin.

"The first batch there is 100 railroad cars. And we have further big prospects because the market here can be measured in thousands [of railroad cars]," Misharin pointed out.