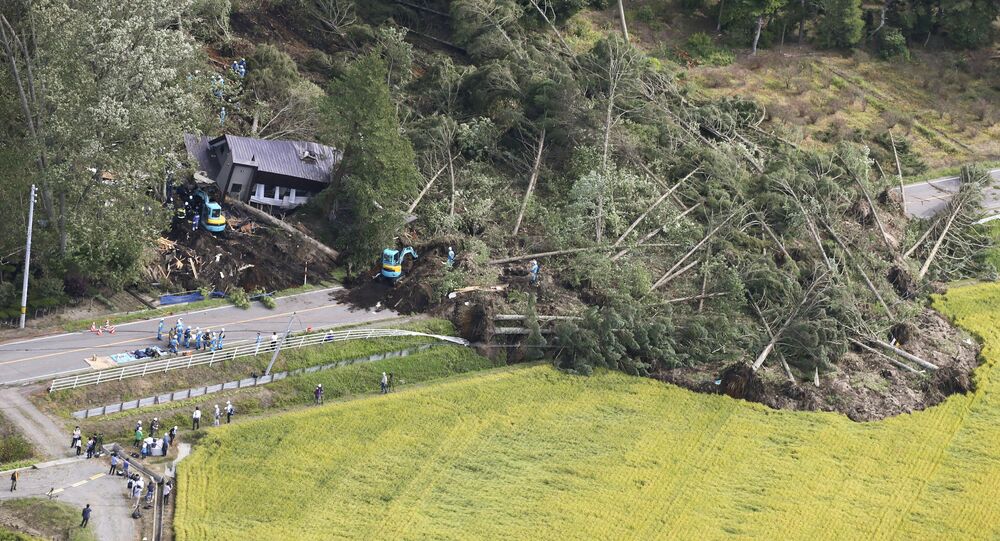 TOKYO (Sputnik) - Death toll from a major earthquake on the northern Japanese island of Hokkaido has increased to 21 people, while 13 people have been missing after the earthquake, Japanese Chief Cabinet Secretary Yoshihide Suga said on Saturday.

"The death toll has reached 21 people, 6 people are in critical condition, 13 people are missing. A total of 40,000 employees of the Self-Defense Forces, police and fire departments and 75 helicopters are engaged in elimination of the consequences of the disaster," Suga said at a press conference.

Previously, local media reported, citing Japanese Prime Minister Shinzo Abe that the death toll from the earthquake was estimated to be 16 people.

The earthquake also triggered a massive blackout on the island, leaving 2.95 million homes without electricity, the complete restoration of power after that will reportedly take about a week.

Up to 6,000 People Forced to Spend Two Nights at Airport in Snow-Bound Hokkaido