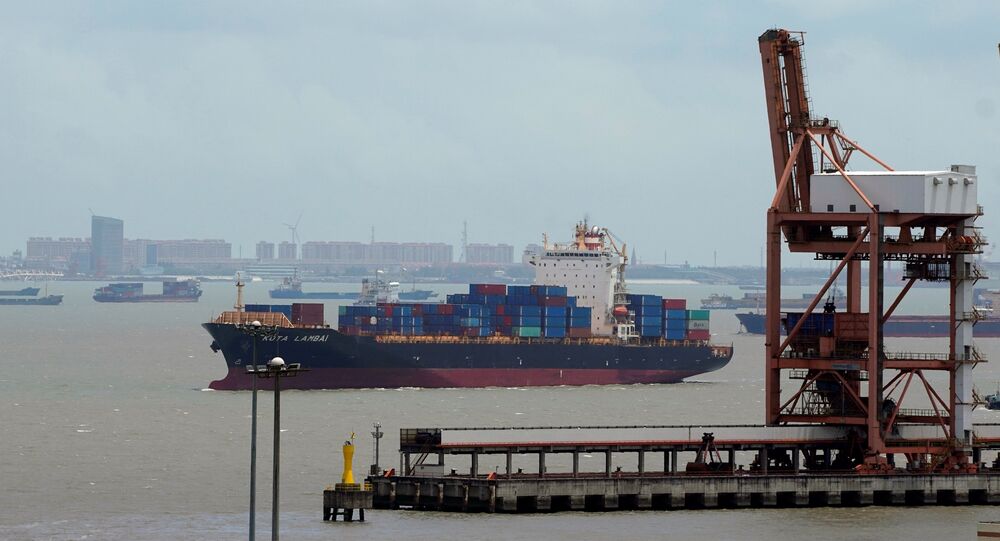 As the trade dispute between the two largest economies continues, Chinese media are infuriated at Trump’s statements on Twitter.

Although the tariff war between the US and China has been going on for several months, with both sides issuing threats and counter-threats of new import restrictions, Chinese media has refrained from open criticism of the US president. However, on Tuesday, Chinese state-owned newspaper the China Daily mocked Trump’s claim that sanctions are effective, calling it “wishful thinking,” Reuters reported.

One of China's largest newspapers called Trump’s words an example of his “ability to elasticize the truth.” Earlier this week, another Chinese media outlet, the People’s Daily, also went against Trump, calling his actions “streetfighter-style deceitful drama of extortion and intimidation.” Both newspapers reacted to the tweets that the US president posted on Saturday, which said that “Tariffs are working far better than anyone anticipated. China market has dropped 27% in the last four months.”

Tariffs are working far better than anyone ever anticipated. China market has dropped 27% in last 4months, and they are talking to us. Our market is stronger than ever, and will go up dramatically when these horrible Trade Deals are successfully renegotiated. America First…….

​The China Daily critically evaluated Trump’s words, noting that China’s stock market was underperforming long before the tariffs were imposed due to the government’s attempts to reduce corporate debt. The newspaper also outlined that while Trump had criticized China for its trade surplus with the US, viewing it as evidence of unfair Chinese trade practices, the American trade deficit has also grown by $3 billion since the first batch of tariffs were introduced 4 months ago.

Overall, Chinese media claimed that the country is strong enough to win in the ongoing trade war. In a separate commentary for the People’s Daily, Mei Xinyu, a researcher at the Commerce Ministry wrote: “We absolutely have reason to believe that during this complex trade friction, and relying on the domestic market, China can continue to enhance its leading position in the global economic and industrial system.”

According to Reuters’ data, Chinese exports continued to grow in July, despite US tariffs having a massive impact on the world's second largest economy. The Chinese government has already taken a number of measures to stabilize the economy: supporting the liquidity of the banking system, encouraging lending and vowing a more active fiscal policy. It has also proposed tariffs on $60 billion worth of US imports, including liquefied natural gas (LNG) and aircraft in response to the Trump administration's plans to impose a 25% tariff on $200 billion worth of Chinese goods.

Analyst on China Tariffs Cuts for Asian Countries: 'There Will Be More'

Will Ivanka Teach Trump? Tariffs Add up to a Lose-Lose Situation for China, US