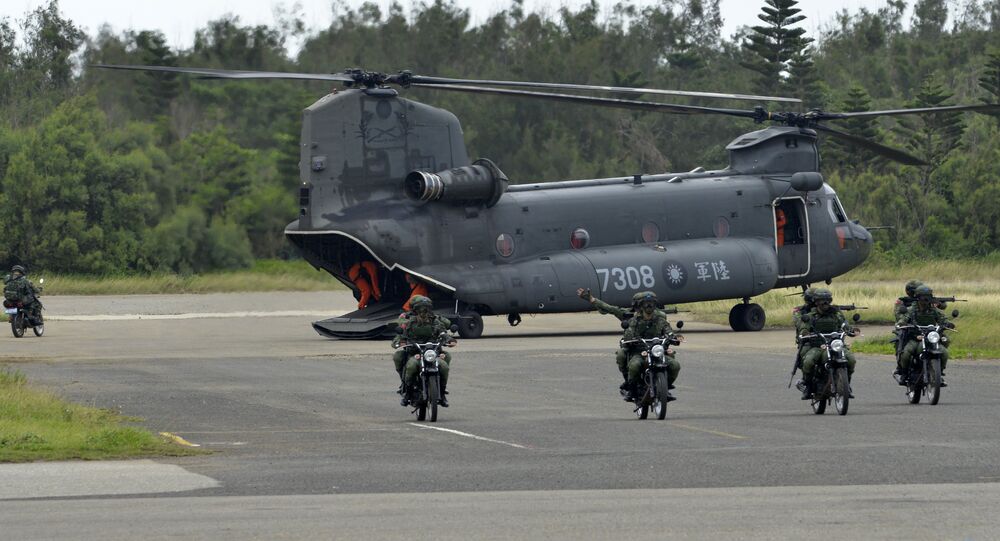 "China is extremely discontent and lodges a strong protest against the aforementioned provisions regarding the PRC [People's Republic of China, formal name of the country] in the US plan for the defense spending for the 2019 fiscal year," Geng said at a media briefing.

According to the spokesman, if the bill is passed, it will undermine trust and cooperation between China and the United States while also threatening the stability in the Taiwan Strait.

"China is urging the United States to abandon the Cold War mentality and the principle of a 'zero-sum game' by removing the negative content in question from the document in order to support the development of bilateral interstate relations and not to interfere with it," Geng added.

In May, the US Senate Armed Services Committee published a report on next year's defense budget, which contained a section on strengthening military cooperation with Taiwan, including joint drills and arms sales, and increasing US military presence in the East China Sea. The Senate passed the bill in June, however, it is yet to be approved by the House of Representatives.

Taiwan, situated on a group of islands southwest of mainland China, broke away in 1949. While business and unofficial contacts between the two sides resumed in late 1980s, China refuses diplomatic relations with any country that recognizes Taiwan as a state.

U.S. Navy photo by Mass Communication Specialist 3rd Class Pat Morrissey
‘Psychological Game’: Chinese Media Blast US Navy Movement Through Taiwan Strait
The United States is among the countries which do not recognize Taiwan as an independent state. The US government declared it would end all political ties with Taiwan after the joint 1979 communique, but continued to maintain economic and cultural relations via the American Institute in Taiwan.

In 2015, then President Barack Obama approved an arms sale package to Taiwan in the amount of $1.83 billion, while his successor, Donald Trump signed the Taiwan Travel Act, allowing US officials to travel to the island and meet their Taiwanese counterparts.