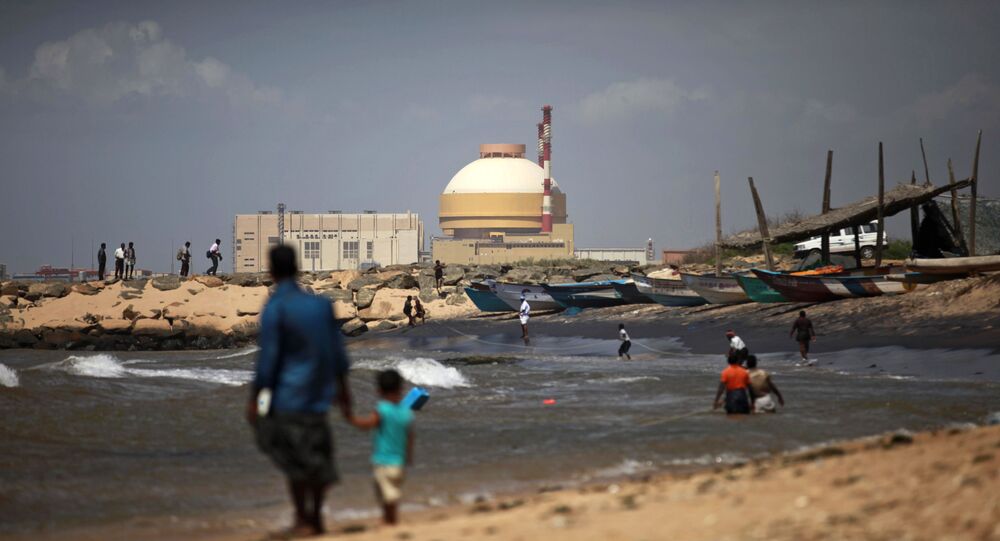 Two 1,000 MW reactors at Kudankulam are currently fully operational at their rated capacity while another two units are under construction. Work on the fifth and sixth units has also commenced.

© Sputnik / Vladimir Sergeev
India to Explore Nuclear Energy Source in Moon's Southern Hemisphere
While the first and second units of the Kudankulum Nuclear Power Plant (KNPP) are fully operational, the third and fourth units are being constructed at a cost of approximately $6 billion. The government has sanctioned $7.5 billion to the fifth and sixth units of the plant. The overall cost of the the nuclear park will be around $17 billion.

"The total completion cost of the six units at Kudankulam is INR 111932 crore ($17 billion). The units at the site are expected to be completed progressively by 2025-26," Jitendra Singh, India's minister of state for atomic energy, informed the Parliament on Thursday.