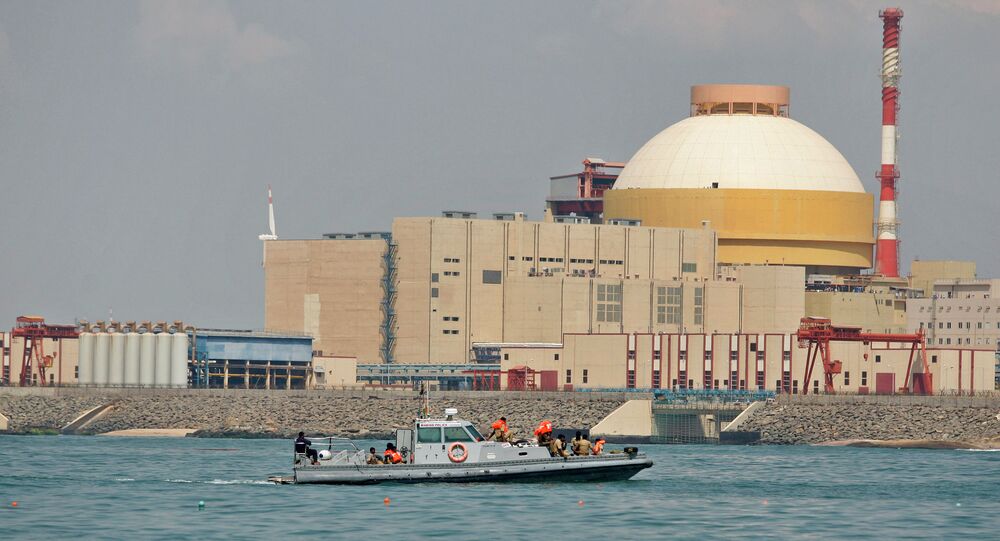 Atomenergomash — a division of Russian State Atomic Energy Corporation ROSATOM — has shipped out the first batch of equipment for the construction of the turbine for the third unit of India's Kudankulam nuclear power plan (NPP) on March 13.

New Delhi (Sputnik) — The company said that two high-pressure heaters of a total requirement of four will be delivered to India using multimodal transport. It will be first shipped out from Podolsk by rail to Saint-Petersburg seaport, then by water transport through Baltic and Mediterranean Sea, Suez Canal, Red Sea and the Indian Ocean.

"Particularly, the first two high-pressure heaters (HPH) were dispatched. This is a welded vertical apparatus with the lower disposition of the distributor water chamber. It is intended for feed water heating through condensation of steam. Four HPH will be delivered for each NPP unit," Atomenergomash said in a statement.

The first pour of concrete for reactor foundation slab of unit-3 was done on June 29, 2017. The units are expected to be completed in the year 2023-24.

It has also accorded "in principle" approval of sites for locating future reactors based both on indigenous technologies and with foreign technical cooperation to enhance nuclear power capacity in the country.