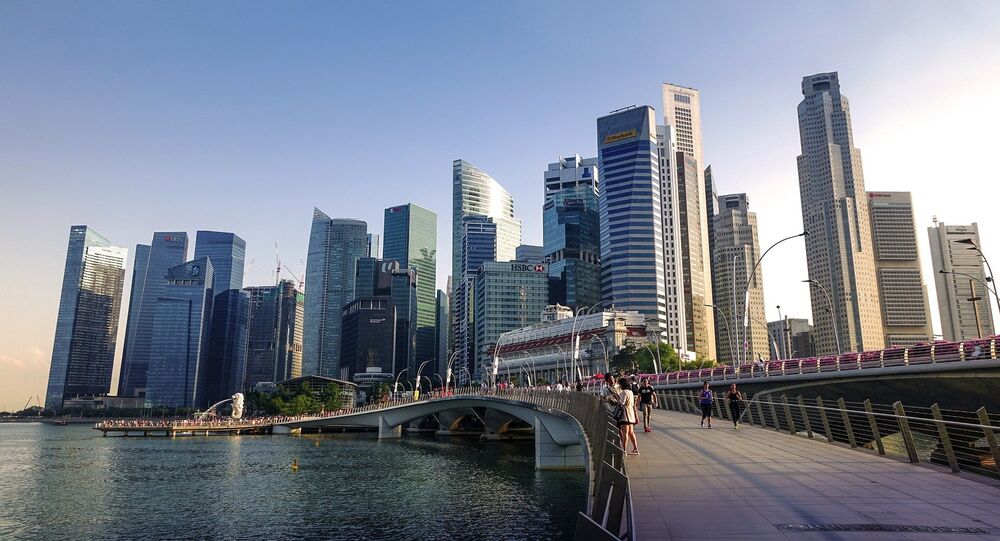 MOSCOW (Sputnik) - Singaporean Interior Ministry K Shanmugam said the fact that the United States and North Korea agreed to hold their leaders' summit in Singapore showed that the two states believed in the country's ability to provide a safe and secure venue, as well as neutrality.

"It says a lot that both the DPRK [North Korea] and the US have agreed on Singapore. Both take security very seriously. Their leaders are high-profile targets. They believe that we, Singapore, can provide safe, secure venue, and they have confidence in our neutrality," Shanmugam told reporters.

Shanmugam noted that the upcoming summit was "a very important meeting for the whole world," and that Singapore was happy to be a part of the event. The minister also pointed out that the country had mobilized thousands of security officers.

"We have mobilized thousands of officers for this event to provide security. We have even recalled NS [National Service] men… There are many threats to think about: air, see, land, so all of our relevant agencies are involved," Shanmugam added.

The meeting between US President Donald Trump and North Korean leader Kim Jong Un is expected to take place on June 12. This historic summit was made possible by the significant thaw of tensions on the Korean Peninsula.

'No Poverty There': Brazilian Senator Shares Emotions After Visit to North Korea