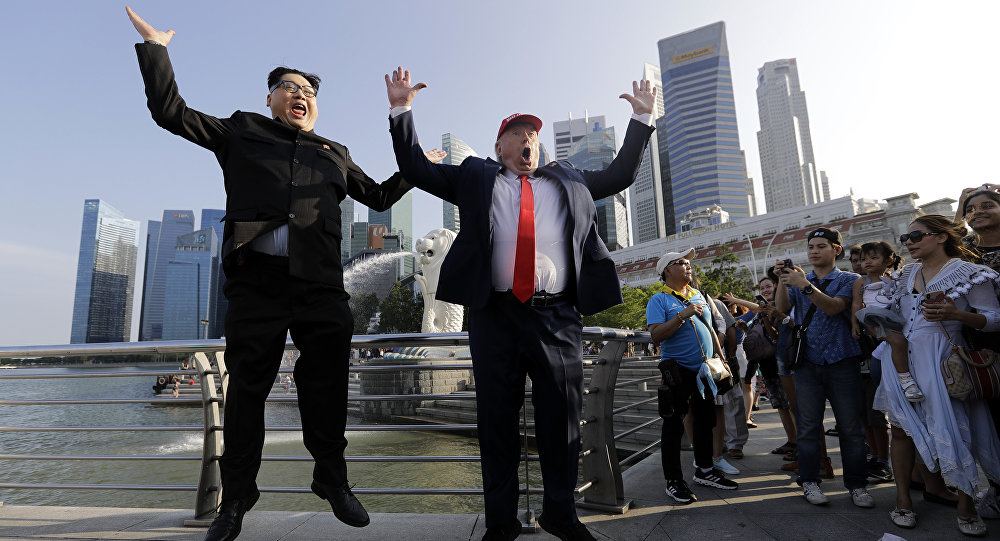 Singapore’s authorities reportedly questioned a comedian and Kim Jong-un impersonator shortly after his arrival to the city, which is expected to host a summit between the leaders of the United States and North Korea.

An Australian comedian known for his impersonations of North Korean leader Kim Jong-un was briefly detained by police in Singapore and questioned about his political views, according to Reuters.

The impersonator, who only identified himself as Howard X, said he was stopped by police officers at the Changi Airport and detained for about two hours.

"[They] asked me what my political views were and if I have been involved with protests in other countries," the impersonator said.

© AP Photo / Wong Maye-E
Most Americans Support Trump-Kim Summit, Doubt N Korea Will Scrap Nukes - Poll
He also added that the cops told him to keep away from Sentosa Island and the Shangri-La Hotel – two areas that the authorities have designated as special event areas for the upcoming summit.

The US president also mentioned that he might invite Kim to the United States if the summit proves successful.