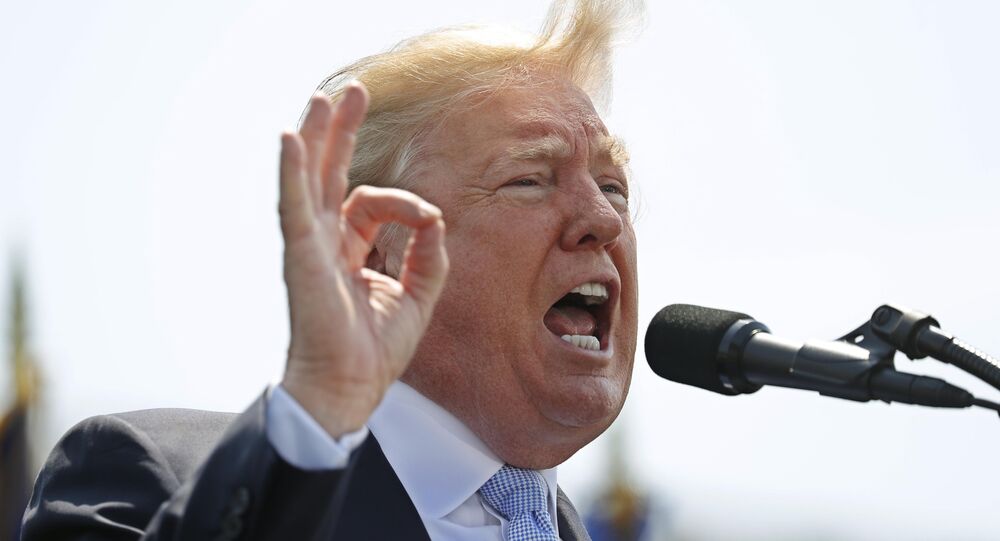 WASHINGTON (Sputnik) - Earlier, US President Donald Trump canceled the June 12 summit with North Korean leader Kim Jong-un after Pyongyang reacted angrily to Washington's warning that the "military option" for the North Korean problem was still on the table.

US President Donald Trump said on Friday that conversations are underway right now with North Korea and a canceled summit with Kim Jong-un could go ahead on "the 12th," an apparent reference to June 12, the previously scheduled date of the meeting.

"We're going to see what happens. We're talking to them right now. It could even be the 12th… We want to do it," Trump told reporters.

Earlier in the day, the US president welcomed what he called warm and productive statements from North Korea, calling the recent remarks made by the country's leader Kim Jong-un "very good news."

In his statement, Trump referred to the comments published by North Korea's state-run news agency KCNA, in which Kim said that he wanted the United States to know Pyongyang wants to sit down at "any time" to solve problems with Washington.

READ MORE: Trump Blows Up Summit With Kim as North Korea Blows Up Its Nuclear Site

KCNA also reported that Kim said Trump's decision to cancel their planned summit on June 12 in Singapore was not consistent with the world's desire for peace and stability.

On Thursday, Trump sent a letter to Kim announcing his decision to cancel the summit. Trump cited anger and hostility in recent statements by Kim as a reason for pulling out of the highly anticipated meeting.