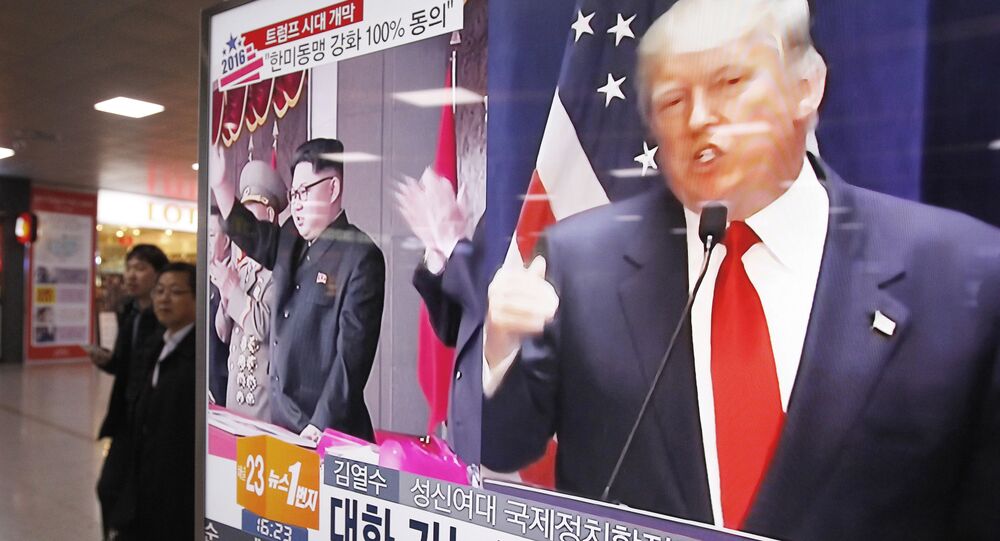 "Whether the U.S. will meet us at a meeting room or encounter us at nuclear-to-nuclear showdown is entirely dependent upon the decision and behavior of the United States," Choe Son Hui told KCNA, as quoted by South Korea’s Yonhap news agency.

Choe warned she would ask the North’s leadership to reconsider the June 12 meeting in Singapore if the United States "clings to unlawful and outrageous acts." She singled out US Vice President Mike Pence for his "unbridled and impudent remarks."

He spoke with Fox News after the North threatened to pull out of nuclear talks over national security adviser John Bolton’s suggestion it could follow Libya's scenario.

However, US State Secretary Michael Pompeo told earlier the House Foreign Affairs Committee that he was very hopeful talks between US President Donald Trump and North Korean leader Kim Jong-un would take place as planned on June 12.

On Tuesday, Donald Trump said during a joint appearance with South Korean President Moon Jae-in that the summit with Kim could happen as planned, but conceded it could also "happen later."

Why US Policymakers Try to Torpedo Trump-Kim Talks