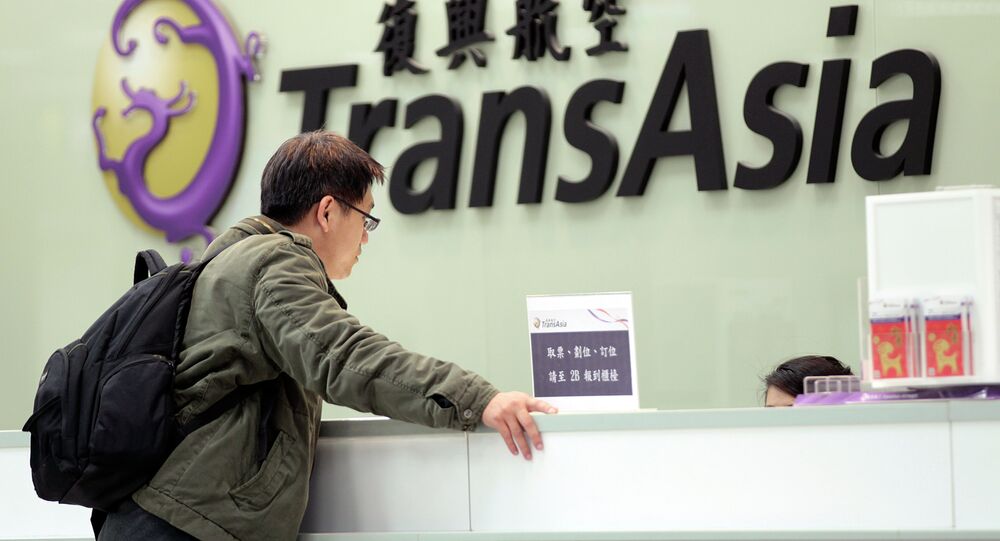 Chinese netizens swarmed into the US Embassy's Sina Weibo account to criticize it for making excuses for some US airlines companies which listed Taiwan as a country after the embassy posted a statement on Monday calling China to "stop threatening American companies."

The Chinese Civil Aviation Administration released a notice in April, asking foreign air carriers — including a number of American airlines — to stop referring to Taiwan, Hong Kong and Macao as separate countries.

The US Embassy posted a statement on its Sina Weibo on Monday, repeating the White House Press Secretary's remarks on Saturday and saying the move "Orwellian nonsense" and "part of a growing trend by the Chinese Communist Party to impose its political views on American citizens and private companies."

The statement received fierce criticism from Chinese netizens after it was released.

A net user, "Guodaye," said, "Do in accordance with our laws and regulations if you want to do business in China, otherwise get out of China!"

© AFP 2020 / Vano Shlamov
‘Hottest Flashpoint in the Region’: Taiwan Wants US Abrams Tanks to Counter China
Another net user said, "This is not an issue of political correctness, this is about the one-China policy. The US should respect the Three Joint Communiqués."

A third net user, "Tongxinpaotuan," wrote, "This is also not an issue about any party. Anyone would stand up to stop speeches or deeds on separating a country. The US has never stopped imposing its political correctness on other countries and has acted willfully to impose sanctions or overturn a regime once it goes against US democracy."

The US Embassy's statement also said that US President Donald Trump will "stand up for Americans resisting efforts" by the Communist Party of China "to impose Chinese political correctness on American companies and citizens."

In response, Chinese Foreign Ministry spokesperson Geng Shuang reiterated China's stance on Monday that "whatever the US said will never change the objective fact that there is only one China in the world and that Hong Kong, Macao and Taiwan regions are inalienable parts of China's territory."

"The incident shows that the US wants to seek leverage by playing the Taiwan card but has no balls to cross the one-China policy. We have one question for the White House, 'Does the statement imply the US is considering giving up the one-China policy?' And the answer is no," Shen Yi, deputy director of Fudan University's cyberspace management center, told the Global Times.

© Sputnik / Alexander Vilf
China Calls on EU to Stop Interfering in Internal Affairs of Hong Kong, Macao
Shen said the US Embassy is trying to confuse the public by mixing the one-China policy with freedom of speech as the Monday statement mentioned China's management on the internet.

The US released the statement to pin its hopes on pro-US netizens in China, but history has proven that only a few people would like to play the "traitor" role. And the majority of Chinese netizens are reasonable enough to differentiate internal friction and contradictions from the outside enemies, Shen said.

"The US Embassy's statement unexpectedly unites the voice of the public as many regard it as an abuse from the US government. And the US did impropriety this time," Zhang Yiwu, a professor of Chinese literature at Peking University, told the Global Times.

The US Embassy released another post on Monday, saying that family members of Uyghur reporters were detained for releasing "Chinese authorities suppressing Uyghur people and other Muslim groups."

The post also ignited rage and questions among Chinese netizens, with many asking, "How did the embassy conclude that the Uyghur people are suppressed in China?" and "How dare the US criticize others when it drops bombs on the Middle East?"

This article, written by Liu Xin, was originally published in The Global Times and does not reflect the views of Sputnik.