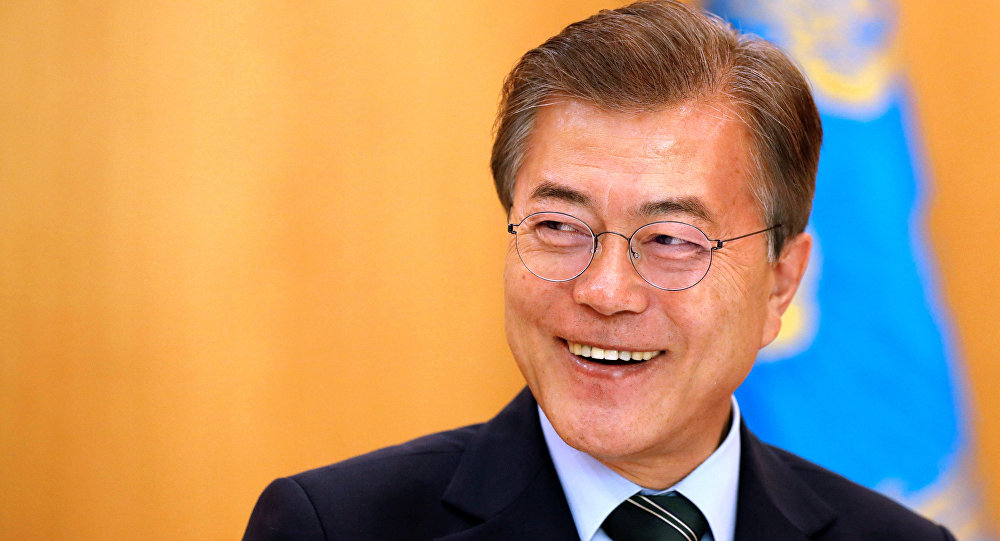 TOKYO (Sputnik) - South Korean President Moon Jae-in met on Saturday with the younger sister of the North’s leader who came to the South with an Olympic delegation, local media said.

Moon Jae-in asked Kim Yo Jong if she had had hard time "due to cold weather," to which she replied it had been "okay because you… were kind enough to care," the Yonhap news agency reported, quoting pool reports.

The 22-member delegation led by the North’s ceremonial head of state Kim Yong Nam landed at Incheon International Airport on Friday and is expected to depart Sunday. Kim’s sister is the first member of the ruling family to cross into the South. 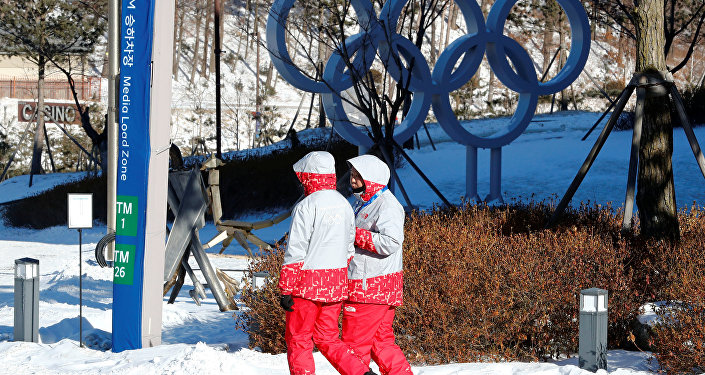 © REUTERS / Fabrizio Bensch
North Korean Athletes Take Selfies With Counterparts From South at Olympics (PHOTO)
Leader of the delegation Kim Yong Nam have had a time to meet with UN Secretary-General Antonio Guterres on the sidelines of the Winter Olympics.

UN spokesman Farhan Haq said that during the brief exchange with DPRK's president the UN Secretary-General underscored hopes that dialogue will lead to a denuclearization of the Korean peninsula.

On Friday, South Korean President Moon Jae-in declared the 2018 Winter Olympic Games in South Korea’s Pyeongchang open. The athletes of South and North Korea marched together under the "unification flag," carried by South Korean bobsledder Won Yun-jong and North Korean ice hockey player Hwang Chung Gum at the Opening Ceremony. Meanwhile, South Korean Ambassador to Russia Woo Yoon-keun said that the Olympic Games will contribute to easing tensions both on the Korean Peninsula, and in the world.