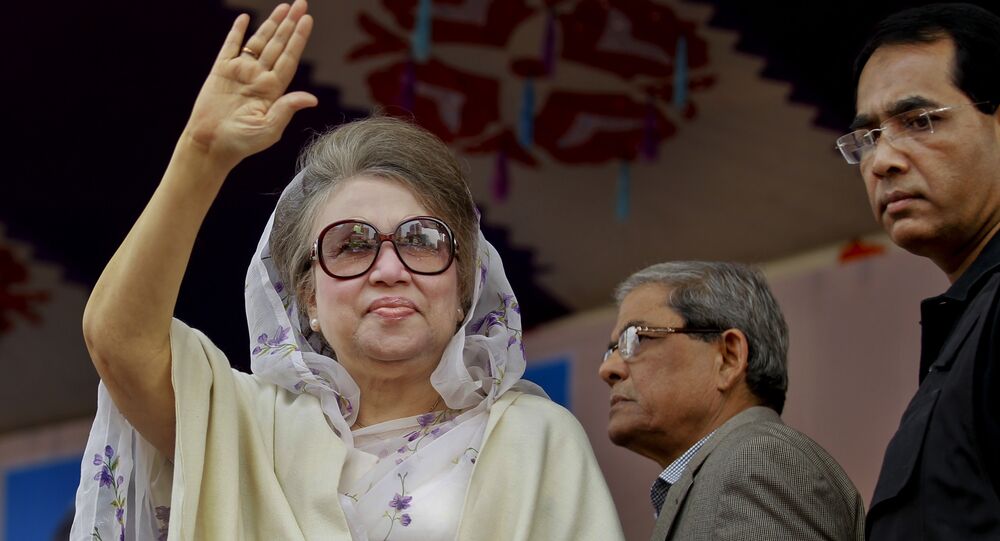 MOSCOW (Sputnik) - A court in the capital of Bangladesh has sentenced former prime minister of the country and the leader of the opposition Bangladesh Nationalist Party (BNP), Khaleda Zia, to five years of imprisonment over corruption charges, local media reported on Thursday.

According to the Daily Star newspaper, Zia and the other six defendants in the case have faced charges of embezzling almost $1.3 million, transferred by the United Saudi Commercial Bank to the former prime minister's Orphanage Fund. The latter had been established shortly before the transfer was made back in 1991.

The court sentenced the former prime minister to five years of imprisonment, with the judge noting that Zia had been given a shorter prison term due to "her health and social status," the newspaper reported. The other five defendants, including Zia’s eldest son and BNP Vice-Chairman Tarique Rahman, were reportedly sentenced to 10 years in prison and fines.

In the run-up to the verdict's announcement, BNP supporters staged protests at the court’s premises amid a ban on gatherings enforced on Thursday. As a result, the police used tear gas to disperse the activists.

The verdict on the high-profile case has been delivered in the run-up to the parliamentary election in Bangladesh slated for December, which makes Zia’s participation in the vote highly unlikely.