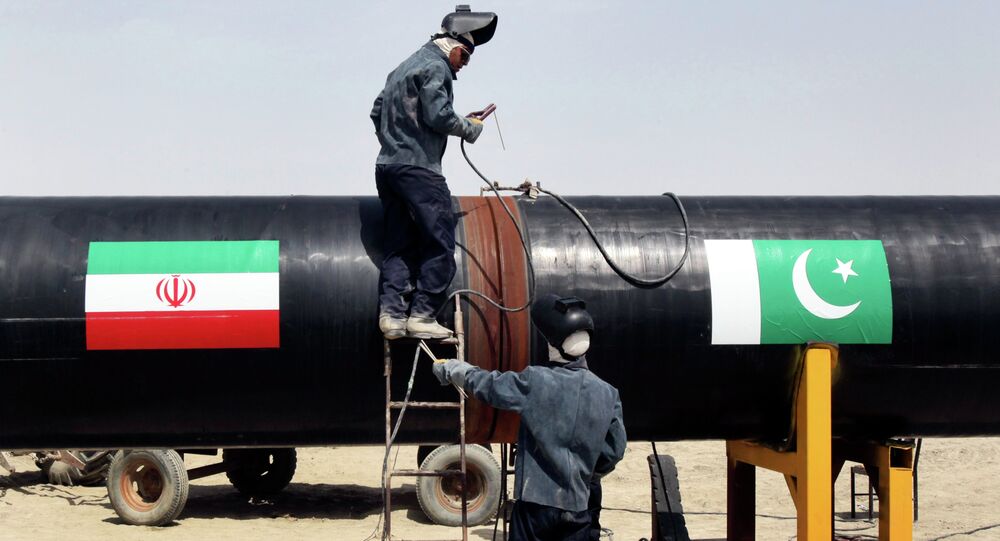 The Iranian government vowed to take legal action against the Pakistani government on Sunday over Islamabad’s failure to keep up their end of a bargain to build an oil pipeline bridging the two nations, Pakistan Today reports.

Iranian Petroleum Minister Bijan Namdar Zangeneh told reporters on Sunday that Iran has laid down pipeline up to the Iran-Pakistan border, but Pakistan has neglected to hold up its end of a bargain to construct the pipeline on the other side. As such, Tehran will lodge a complaint about the delayed process.

Talks surrounding the deal to build the pipeline have been ongoing since 1995. Islamabad has been pressured by the United States and Saudi Arabia against completing the deal. But Washington may also be changing its tune.

Analysts say Beijing may pick up the slack in helping to build the pipeline inside Pakistan. China has already dedicated billions to the China Pakistan Economic Corridor as part of Beijing's One Belt, One Road initiative.

In December, the US backed off its opposition to the project. Jerry Bisson, mission director at the US Agency for International Development, said he supported Islamabad getting financing from any country, including Russia or China, in order to build the Iran-Pakistan pipeline.

"We can look at it. Any donor investment in infrastructure either from Russia, China, the World Bank or the Asian Development Bank and any investment for the benefit of the Pakistani people and economy, we support it," Bisson told the Express Tribune.

"We don't have any particular views about where the money comes from; we support the government of Pakistan in improving lives of the people," the Express Tribune quoted Bisson saying.

The Economic Times reported that New Delhi was considering an underwater pipeline to ship liquefied natural gas from Iran to India to avoid running a line through southern Pakistan, which is marred by conflict due to a militant insurgency in Balochistan. While India has reportedly never officially pulled out of the $7.6 billion deal, it has stopped participating in the talks.