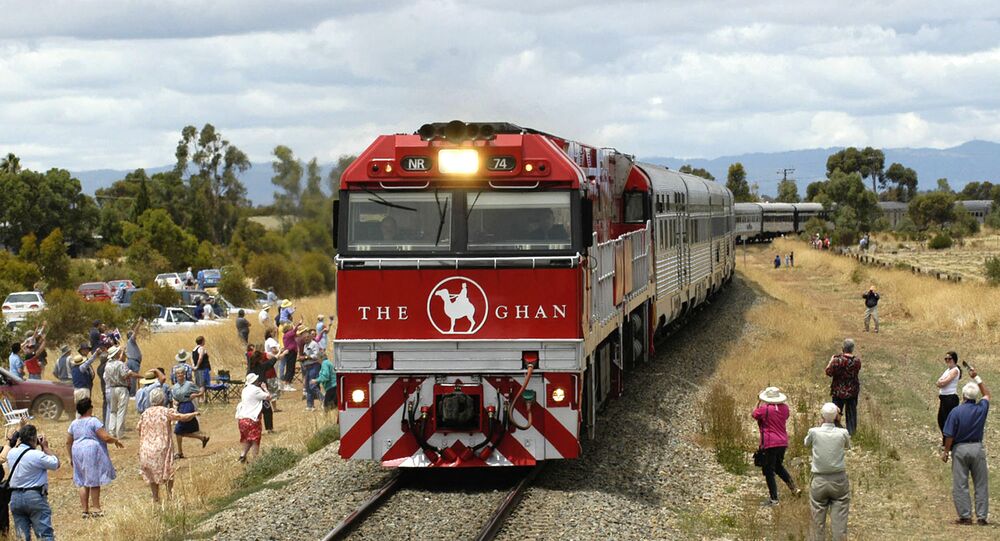 A pay-for-view video depicting large sections of an 1851-mile rail traverse of Australia’s outback has set viewing records in the nation, as the rise of so-called slow-TV offers an antidote to jump cuts, 15-second news bites and invasive advertising.

© Photo : Transmashholding
Top Russian Locomotive Manufacturer Reveals Promising Projects in Rail Industry
Australia's SBS television network broadcast an uninterrupted 17-hour program Sunday titled, The Ghan: Australia's Greatest Train Journey and the response was eye-opening, as an average 536,000 total viewers queued up, making the ride the network's highest-rated program in a year, according to a statement by the broadcaster.

While a three-hour highlight reel depicting additional historical and logistical detail of the epic cross-continent down-under train journey saw over 400,000 watching, the full 17-hour stream was said to have been viewed by many who simply left it on in the background, or used the broadcast as an opportunity to test their own mettle against what some likened to "watching paint dry," according to Jalopnik.com.

Considered to be another example of the growing popularity of slow-TV, the stream excited not just national interest in the fabled rail journey, but also internationally, and an archived version is in the works, according to the Sydney Morning Herald.

Operated by Australia's Great Southern Rail, The Ghan — reportedly named in honor of Afghan camel drivers imported to the southern continent in the late 19th century — offers passenger service for the almost 2000-mile trip between Adelaide and Darwin.

Riders on the 54-hour journey can travel on the relative cheap in reserved reclining seats or chose from pricey packages that offer private staterooms with your own toilet and a ‘lockable' door, according to the website.

Derived from the organic pace of natural events, the rise in popularity of slow-tv — described as ‘marathon' uninterrupted coverage of an event for its entire duration — has seen rising interest, particularly by those seeking something to watch that can be ignored when necessary but will also reward closer observation.