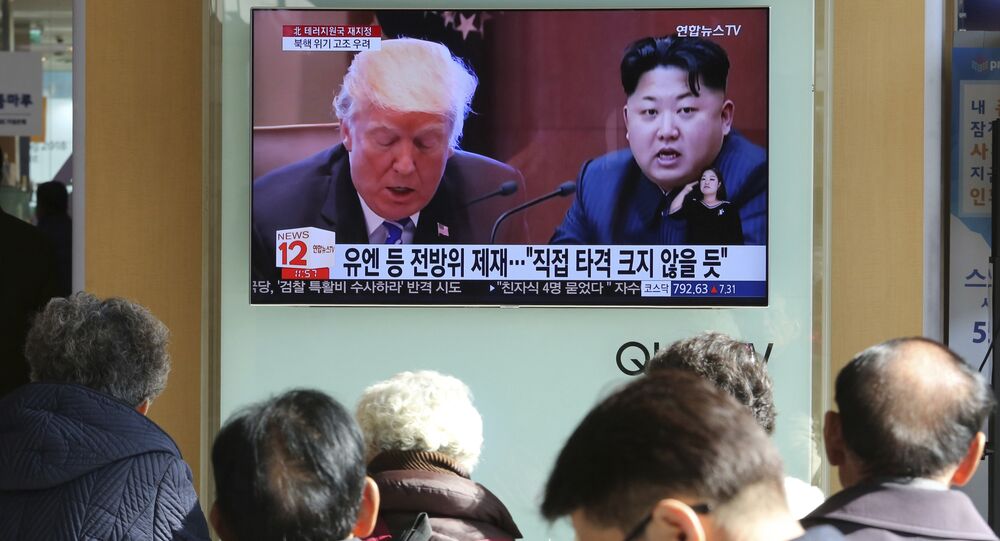 BEIJING (Sputnik) - China is not going to take part in a meeting on North Korea in Vancouver, the meeting will not help solve the problem, Chinese Foreign Ministry spokesman Lu Kang said Wednesday.

"China will not take part in such a meeting. First, this Cold War-style thinking can only create disagreements among members of the international community and undermine the joint efforts that are being made to resolve the nuclear problem of the Korean Peninsula peacefully," Lu said at a briefing, explaining that not all countries would participate in the talks, aimed to manifest international solidarity against Pyongyang's nuclear and missile tests.

The meeting, co-hosted by Canada and the United States, is set to take in Vancouver on January 16.

However, China has welcomed the positive outcomes of the recent high-level talks between North Korea and South Korea, calling on the international community to support efforts to resolve Korean crisis.

"We welcome the positive results, which were achieved at the high-level talks between North Korea and South Korea," Lu told a daily briefing.

The spokesman also expressed hope that the sides would use the Olympics to ease the situation on the Korean Peninsula.

"I would like to stress once again, we believe that the international community should provide the full-scale support and demonstrate understanding to these positive efforts," Lu pointed out.

A similar position has been voiced by Moscow, which has expressed hope that "all interested parties will support the steps of the North and South of Korea to resume the dialogue," since it was the only possible way to solve the peninsula's problems in peaceful, political and diplomatic manner.

"This is the aim of the roadmap, developed by Russia jointly with China, on a comprehensive settlement on the Korean Peninsula, which proposes a mutual suspension of dangerous military activities by the United States and the DPRK in order to create an environment for launching negotiations with the ultimate goal of establishing a collective peace and security system in Northeast Asia. We invite all the states involved to engage in the work on the practical implementation of this document," the Russian Foreign Ministry stated on Wednesday.

The statements were made after North and South Koreas have held a ministerial meeting on January 2, which resulted in several agreements, including on participation of North Korean athletes in the upcoming Olympics in South Korea and restoration of a full-scale dialogue on various issues, including the military ones.

Amid the unprecedented escalation of the conflict on the Korean Peninsula since summer due to repeated missile launches and a nuclear tests carried out by North Korea, Russia and China proposed the so-called double freeze plan: with North Korea, on one hand, halting its nuclear and missile programs, while its neighbors, on the other hand, would refrain from holding joint drills with the United States in the region.

However, both North Korean and the United States have expressed similar attitude towards the proposed plan, not responding it.