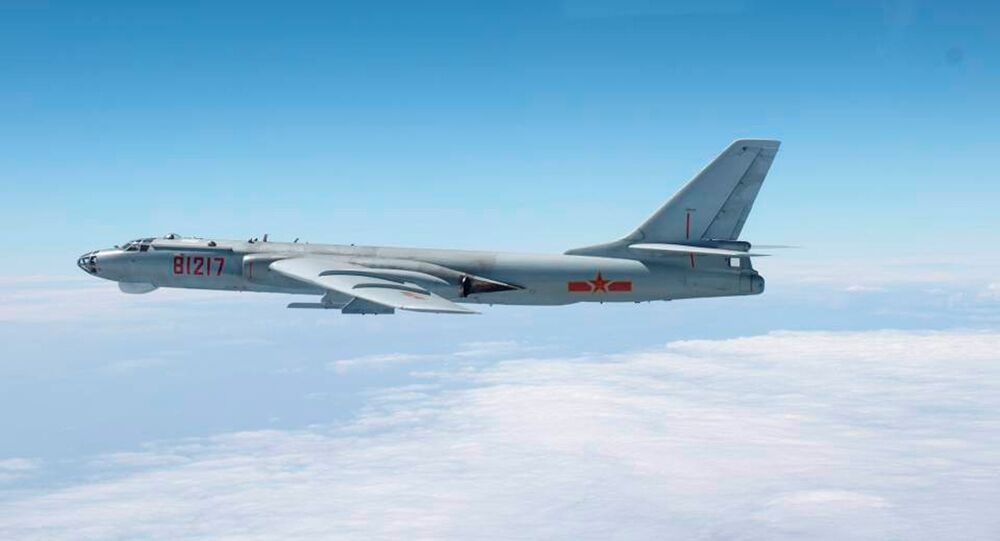 A group of People’s Liberation Army Air Force (PLAAF) H-6K bombers and Su-30 and J-11 fighter jets conducted a mission Monday “that circled the island of Taiwan, further improving their ability to protect national sovereignty and territorial integrity,” a PLAAF spokesman said this week, according to a fact sheet obtained by China Daily.

Taiwan, an island nation that generally considers itself independent from Beijing, might take issue with the notion that China's warplanes support its sovereignty. Beijing, however, considers Taiwan to be a wayward province that should eventually be incorporated back into China and has not ruled out using force to do so.

"Multiple bombers and reconnaissance planes have flown routes that circled the island of Taiwan," Sr. Col. Shen Jinke reportedly said. According to China Daily, the mission marked the ninth routine drill around Taiwan in the past four months, and noted that the first such circling mission occurred last December.

"The Air Force is an important force in maintaining situations, managing crises and preventing and winning wars," Shen said, noting that the PLAAF "is modernizing to become a strategic combat force capable of fighting in all of China's domain… we must expand our strategic outlook in systematic far-sea exercises, keep a sober mind, improve emergency awareness and safeguard strategic interests."

The PLAAF maintained that all flights were conducted within the limits of international laws and practices.

Beijing has routinely stated that Taiwan is the most contentious and sensitive topic between China and the US. According to the 1979 Taiwan Relations Act [TRA] passed by the US Congress, Washington expects the "future of Taiwan will be determined by peaceful means," that "any effort to determine the future of Taiwan by other than peaceful means, including boycotts and embargoes, [is] a threat to the peace and security of the Western Pacific area."

The act also states that the US expects to "maintain the capacity of the United States to resist any resort to force or other forms of coercion that would jeopardize the security, or the social or economic system, of the people of Taiwan."

The TRA is frequently pointed to as the law which lays out Washington's legal obligation to defend Taiwan, even though Washington and Taipei have no formal relationship, as per the conditions of America's relationship with Beijing.

A joint Brookings Institution and Lawfare essay by Julian Ku, though, states that the US is only obliged to sell Taiwan weapons for its own self-defense and in the event of armed conflict between China and Taiwan, "the [US] president is only legally obliged to ‘determine, in accordance with constitutional processes, appropriate action,'" Ku wrote.

The 2018 US National Defense Authorization Act (NDAA) requires mutual visits by US and Taiwanese naval vessels. Speaking last Friday, Li Kexin, a senior Chinese diplomat in Washington, stated, "the day that a US Navy vessel arrives in Kaohsiung [Taiwan's main port] is the day that our People's Liberation Army unifies Taiwan with military force."