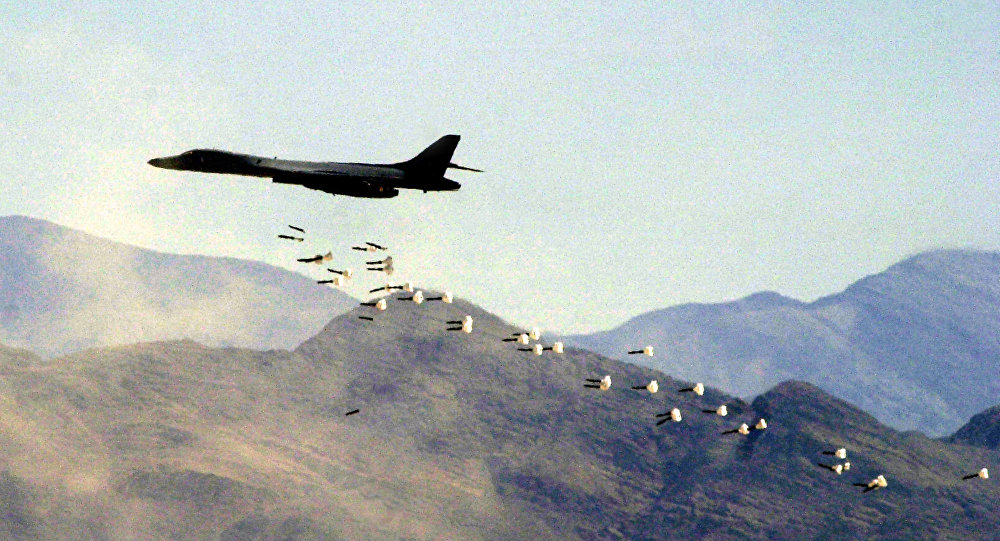 An assessment of the possibility of war - including the use of nuclear weapons - between North Korea and the United States has been described as a “strong and vicious cycle of confrontation,” according to remarks made by China’s Foreign Minister Wang Yi.

While diplomatic observers — and Chinese officials — have welcomed an offer by Moscow to host direct negotiations between the US and North Korea, many observe that the move is another example of how Pyongyang continues to drift away from Beijing, increasing the threat of a military confrontation on the peninsula.

"The prospect is not optimistic," Wang asserted, cited by the South China Morning Post (SCMP).

The Chinese top diplomat observed that major military exercises by Washington and Seoul must cease, as Pyongyang continues to develop nuclear weapons and intercontinental ballistic missiles (ICBM) required to drop atom bombs on the mainland US.

"The situation on the Korean peninsula is still plunged into a strong and vicious cycle of confrontation, and the prospect is not optimistic," Wang pointed out, cited by SCMP.

In comments made on Saturday, the Chinese foreign minister urged calm, while the United Nations scrambled in efforts to diffuse increasingly strident threats made equally by both the leader of the Democratic People's Republic of Korea (DPRK) Kim Jong-un and US President Donald Trump.

"We should pull the Korean peninsula back from the black hole of confrontation to create the necessary conditions for resuming talks," Wang added.

Wang pointed out that actions taken by Pyongyang or Washington that are outside of the framework of the United Nations Security Council (UNSC) will damage UN unity, as well as the sovereign rights of nations.

Washington and Pyongyang have continued to threaten each other over the past two weeks, as US nuclear-capable B-1B bombers participate in large-scale war exercises following closely on the heels of another DPRK ICBM test launch.

The UN has in recent days upped attempts to settle the increasingly heated ongoing standoff.

It is the first visit to the DPRK by a ranking UN diplomat since 2010, according to SCMP.

During the five day junket Pyongyang asserted that the joint military drills by Washington and Seoul amounted to a provocation and clearly indicated "an intention to mount a surprise nuclear preemptive strike [against DPRK]."

Ties between Beijing and Pyongyang have deteriorated, as DPRK brass are infuriated by Chinese support for the ongoing UN sanctions. A special envoy of Chinese President Xi Jinping was not permitted to meet with Kim Jong-un last month as a result of the ongoing tensions.