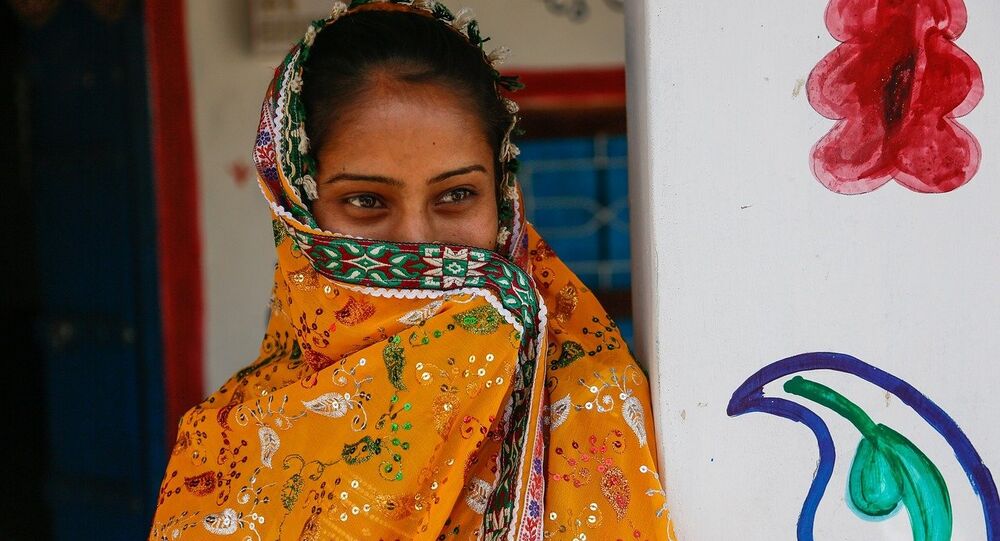 The provisions of the British-era Indian Penal Code recognize men as the perpetrators of adultery and women as victims. It also specifies that if a husband consents, the woman can have sexual relations with other men.

New Delhi (Sputnik) — In a major development that has once again triggered a fresh debate in India over a 157-year-old archaic law that holds only men liable to punishment in cases of adultery, the country's apex court has issued a notice to the Narendra Modi-led government in a petition challenging the immunity of women from prosecution for adultery.

© AP Photo / Rafiq Maqbool
Indian Court Asks Indian Navy to Assign Alternative Job To Sailor Sacked for Sex Change
Section 497 of the Indian Penal Code which criminalizes the offense of adultery holds only men liable for punishment. According to the law, if a woman has sexual intercourse with a man with the consent of her husband, it does not amount to an offense.

"It is perceivable from the language of the provision the fulcrum of offense is destroyed once the consent of husband is obtained. Viewed from that scenario, the provision creates a dent on the independent identity of women," a three-judge bench of the Supreme Court of India noted.

© AP Photo / Altaf Qadri
Indian Women Join #MeToo to Stand Up Against Sexual Abuse
The Indian Penal Code has its roots in the time the British ruled India. The law related to adultery has been in discussion for past five decades in the Indian court but never amended ever since it was enacted back in the year 1860. Now, the court once again wants to examine the provision on two accounts: first, only the man is accused of adultery and the woman is always portrayed as a victim and; secondly, if the woman's husband connives or consents to the adultery, then the crime ceases.

The Supreme Court of India has termed the provisions as "quite archaic" and has observed that when society progresses, rights must adapt to the times and a new generation of thinking should arise.