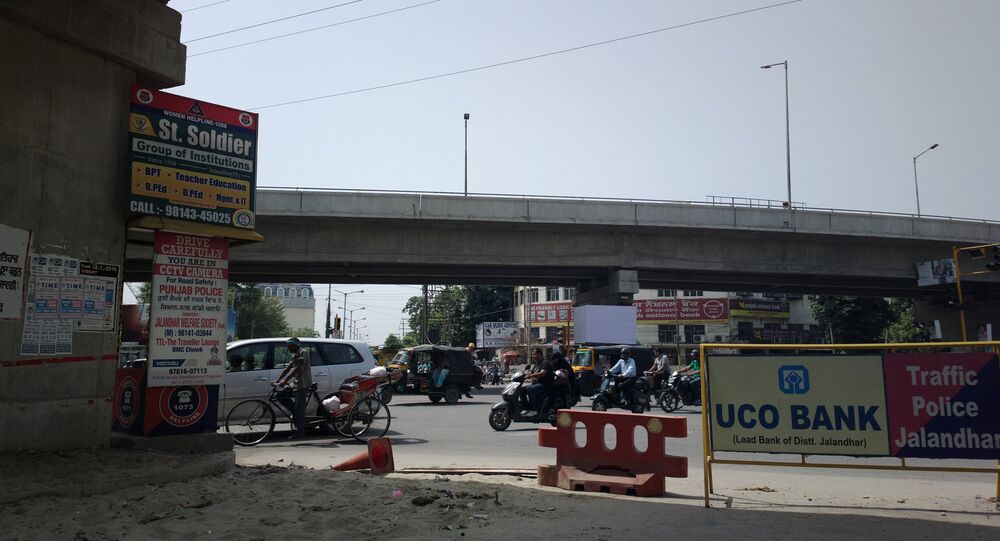 In the Spotlight: Car with Wooden Body Constructed by Indian Carpenter (VIDEO)

The wooden car was constructed by a carpenter and his son at a make-shift garage in India’s northern state of Punjab and has been turning heads ever since the duo drove it on the streets at 75 miles per hour.

New Delhi (Sputnik) – An Indian carpenter along with his son has built a unique wooden car capable of reaching a top speed of over 75 miles per hour. Mohinder Singh, a carpenter with over 45 years of experience, used an 800 cc engine from an old car to implement his son Amandeep Singh's idea; the sonwanted to impress his friends at college.

"The idea came in 2013 when I was studying in college. I wanted to make some unique thing. As my father had experience in wooden works for more than 45 years, I thought about this wooden car," Amandeep Singh is heard saying in a video of the car that has gone viral on social media.

The father-son duo used costly wood to make the fuel tank, disc, steering wheel and other parts. They claim that the car, which was completed at a makeshift auto garage at home at a total cost of $6,000, clocks 75 miles per hour hassle-free.

Amandeep says he has been offered good cash in exchange for the the unique car by many appreciators but that he is reluctant to part from his prized possession as money cannot replace the joy which he gets when people ask him for the opportunity to get their photos taken next to the vehicle.