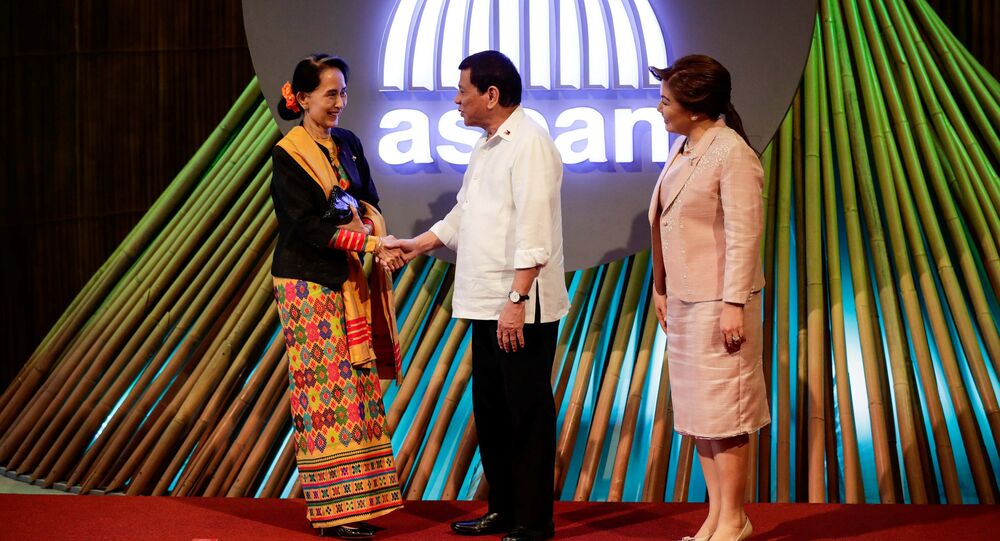 A draft of a statement on problems in Asia, drawn up by the chair of the summit, the Philippines, "mentions the importance of humanitarian relief provided for victims of natural disasters in Vietnam and a recent urban battle with Islamist militants in the Philippines." However, it fails to address the exodus of Rohingya Muslims from Myanmar.

The 31st Summit of the Association for Southeast Asian Nations (ASEAN) seems not to be addressing the government purge of the Rohingya Muslim minority in Myanmar's Rakhine state, which has recently drawn the attention of the international community and has been described by the United Nations as ethnic cleansing.

Reuters was able to view a draft of the statement, which is set to be issued by ten ASEAN member states, including Myanmar itself, and their dialogue partners.

The document "mentions the importance of humanitarian relief provided for victims of natural disasters in Vietnam and a recent urban battle with Islamist militants in the Philippines." It also refers to some "affected communities" in Myanmar's northern Rakhine state, however, it does not specify the persecuted Muslim minority Rohingya, which, the agency says, "Myanmar leader Aung San Suu Kyi has asked foreign leaders to avoid."

© REUTERS / Jorge Silva
A Rohingya refugee woman who crossed the border from Myanmar a day before, carries her daughter and searches for help as they wait to receive permission from the Bangladeshi army to continue their way to the refugee camps, in Palang Khali, Bangladesh October 17, 2017

The Rohingya crisis has, meanwhile, resulted in a large outpouring of refugees from the country; over 600,000 Rohingya Muslims have been forced to flee to Bangladesh after military clearance operations in the country were launched in response to attacks by Rohingya militants on security posts in August.

READ MORE: What is Behind China's 'Consistent Position' on the Rohingya Crisis in Myanmar

The ASEAN member states, however, have opted to keep with the Association’s principle of non-interference in the internal affairs of one another. The issue has been put aside at the summit, although some nations, particularly Muslim-majority Malaysia, have voiced concern.

Myanmar's State Counselor, Nobel peace prize winner Aung San Suu Kyi, who represented her country at the conference, has been criticized for not addressing the issue in her speech after arriving in Manila on Sunday.

The politician, however. used to condemn the Association's policy of non-interference as "just an excuse for not helping."

"In this day and age, you cannot avoid interference in the matters of other countries," she once wrote in an opinion column in the Thai daily the Nation, "when she was fighting for democracy in a country then ruled by a military junta," the agency noted.