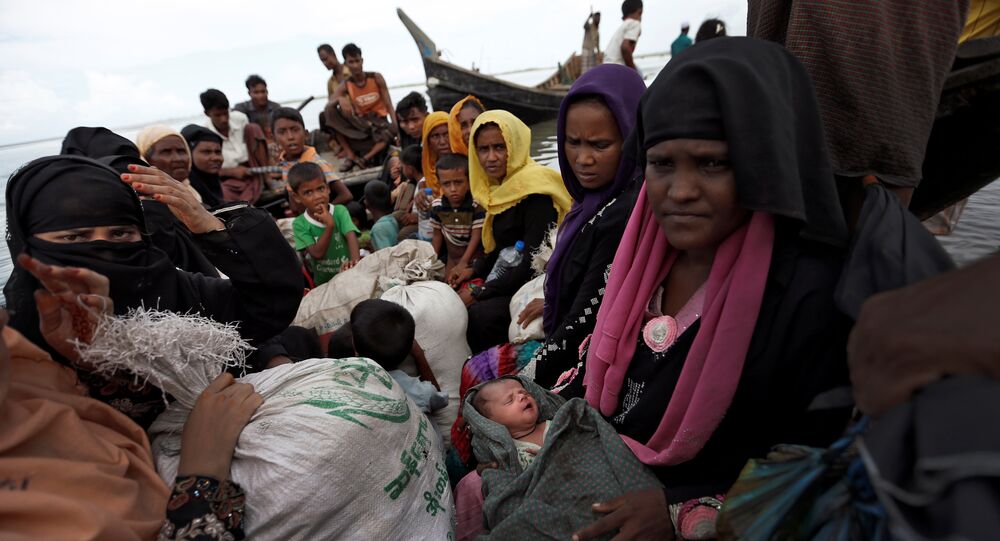 The World Food Program on Friday announced that it had received permission from the Myanmar authorities to deliver food to northern Rakhine state and began negotiations on details of the delivery.

MOSCOW (Sputnik) – According to International Organization for Migration press release: "A total of 817,000 Rohingya refugees are now living in the southern most district of Bangladesh. Since 25 August, some 604,000 people have crossed the border, having fled violence in Myanmar. This is in addition to the over 200,000 people who had sought safety in Cox’s Bazar following previous outbreaks of violence."

The agency noted that the majority of new arrivals lived in make-shift camps, while only 46,000 people were residing within the host community.

The situation remains unclear due to the lack of access of the press and international representatives.

However, the conflict between the Rohingya and the Bamar Buddhist majority dates back to the previous century. The authorities and the Buddhist population in Myanmar consider the Rohingya to be illegal immigrants from Bangladesh.