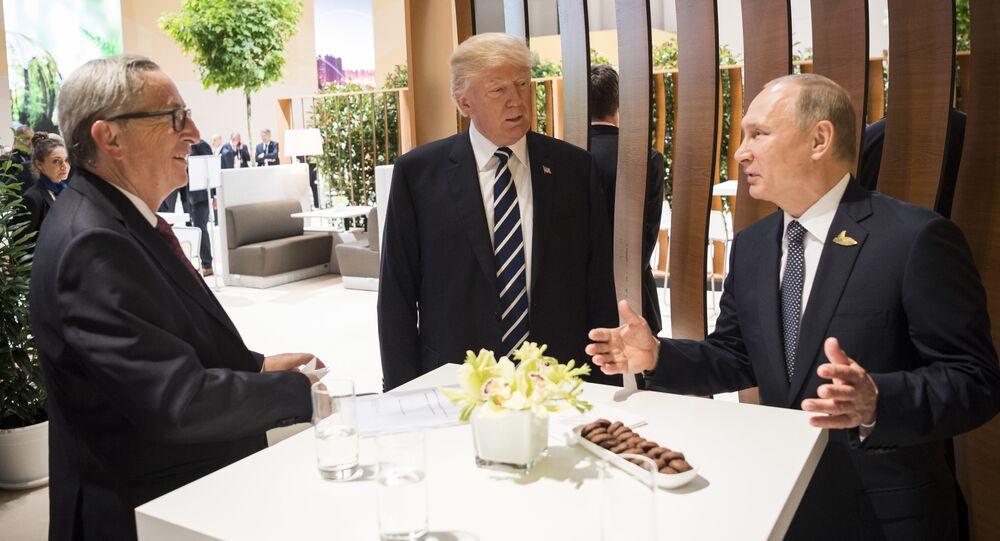 On the sidelines of the summit in Da Nang, Vietnam, the Russian and the US presidents have not managed to hold an official bilateral meeting.

DA NANG (Sputnik) — Apart from the "on-the-fly" meeting that Russian President Vladimir Putin and his US counterpart Donald Trump held during the Asia-Pacific Economic Cooperation (APEC) summit in Vietnam, no other meeting took place, a source told Sputnik on Saturday.

"We did not manage to agree on the meeting. On one the hand, due to the protocol reasons: the latest meeting in Hamburg was on the US 'side'. However, on the other hand, there were certain diplomatic obstacles," the source said.

© REUTERS / Jorge Silva
APEC Summit in Vietnam: Results Outlined in Declaration
According to the diplomatic protocol, if one meeting is held on one country’s "territory," then the next time its delegation is supposed to "pay a visit" to the other side's room, the source explained.

Earlier in the day, Kremlin spokesman Dmitry Peskov said that the lack of a full-scale bilateral meeting between Putin and Trump during the APEC summit was compensated by multiple contacts on the sidelines of the event.

So far one official meeting between Putin and Trump meeting took place in July on the sidelines of the G20 summit in the German city of Hamburg.