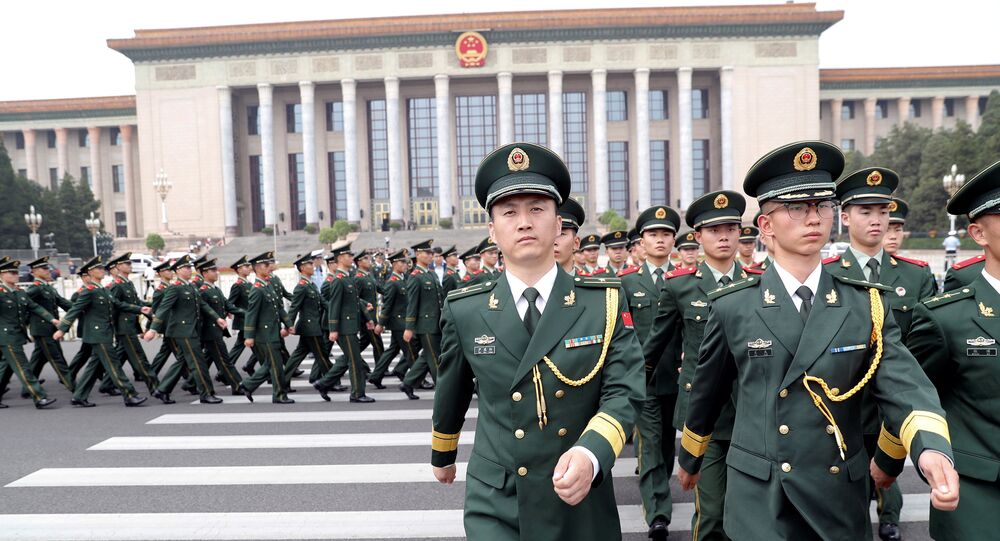 Francisco Sanchez visited China frequently during his service as the deputy secretary of the US Department of Commerce for former president Barack Obama's administration. Today he works as a special consultant on international trade at a private Chinese investment enterprise.

"In 2014, I got to know that Chinese entrepreneur (the CEO of the enterprise; name not disclosed due to business reasons) through a partner. At that time, I noticed that he was an excellent businessperson. He was very clever and had great insight into the development of things," Sanchez recalled to the Global Times about his first encounter with his current employer.

"So to speak, my respect for him was a major reason why I accepted the offer."

Like Sanchez, an influx of former foreign government officials from around the world are now working at Chinese companies, as an increasing number of Chinese enterprises seek to invest or develop international business relations.

These foreign officials, who have a good understanding of China as well as rich experience dealing with business issues in their own home countries, are being hired as foreign consultants in Chinese enterprises after stepping down from their old posts.

Former UK prime minister Tony Blair and his French counterpart Dominique de Villepin are on the list, just to name a few. Either employed at a Chinese company or consulting on their behalf, they offer advice, financially benefit from acting as go-betweens and stay influential.

"The reason why so many foreign former officials would like to offer consulting services for Chinese enterprises is that these enterprises have been making great achievements in overseas markets," Song Guoyou, director of the research center of economic diplomacy at Fudan University, told the Global Times.

Moustapha Saphariny, for example, is Palestine's former ambassador to China and a former member of the diplomatic corps of League of Arab States. He accompanied Palestinian politician Yasser Arafat on his famous trip to China in 1989.

Saphariny said it was his affinity with China for half a century and the allure of the achievements of the development of the Chinese economy that appealed to him. He came to China for the first time in 1968, where he studied Chinese, politics and military theories at Peking University.

© AP Photo / Fan Yishu/Xinhua
While 'US Tries to Curb China' in Asia-Pacific, Beijing Boosts Its Army

"I was willing to stay in China and help some Chinese enterprises tap into overseas markets after I retired. It was not only because that I was familiar with China and had language advantages as well as deep feelings for China, but also due to the fact that I saw with my own eyes that China had changed greatly over the past several decades, from being poor to contributing over 30 percent to the growth of the world economy," Saphariny told the Global Times.

"I believe that China's globalization strategy was a very good opportunity for Arab countries. Although some Arab countries were rich, their manufacturing industries were weak. I personally hope that more Chinese small and medium enterprises will enter the Arab market."

"Generally speaking, foreign former officials are very careful when choosing the enterprises they work for, to avoid potential risks. The improvement of Chinese products, the quality of services and the image of these enterprises reassure them, so they are willing to be consultants at Chinese enterprises," Song told the Global Times.

One of Saphariny's achievements as a consultant was that he once helped a Chinese meat enterprise in Chongqing enter the Arab market.

"I brought a few ambassadors from Arab countries to visit this meat company. I also gave its CEO many suggestions; for example, people from Arab countries do not like to eat frozen meat, so sea shipping would be needed to keep the meat fresh," Saphariny recalled. "The enterprise does very well today in the Arab market. I still feel very proud."

Saphariny said that over the past decade, he has helped dozens of Chinese enterprises cooperate with Arab countries or sign project agreements with Arabian enterprises.

"Being a former ambassador to China enabled me to be in close contact with the embassies, the ministries of foreign affairs and the trade associations of 22 Arab countries in China. In fact, embassies hoped that I could offer some reliable information about Chinese enterprises for them, as that was needed for developing economic and trade relations with China," he said.

Francisco Sanchez agrees, saying that his background as former Deputy Secretary of the US Department of Commerce played an important role in his work as a consultant, as it allowed him to establish relationships with governments around the world.

Song told the Global Times that foreign consultants are generally former politicians with a good image and reputation, which in turn will enhance and promote an enterprise's image.

"They can also help Chinese enterprises resolve unnecessary troubles overseas, because they are very familiar with local politics and society. They are also influential and able to provide preventive suggestions to avoid risks," he said.

Sanchez told the Global Times that the most important advice he gives Chinese enterprises is that they need to "figure out the rules of doing business in the local market first and come into contact with their foreign counterparts when they hope to enter the market."

For Michael Borchmann, former head of the European and International Affairs Division of the Hessen State Government in Germany, who for the past two years has served as the honorary adviser at China International Investment Promotion Agency (CIPA) in Germany, the most challenging part of his role is to teach Chinese enterprises to be persistent.

"The Chinese market is very big compared with that of Germany. Many Chinese enterprises have to compete within themselves to buy Germany companies," he said. Instead of making concrete deals, however, Borchmann focuses more on consulting at higher levels.

"Of course I'm not a big person like the former president or former chancellor. But what I try to do is to build up a mutual understanding. A lot of people in Germany, they don't know much about China, and others don't have a good attitude towards China. I work to change this," Borchmann told the Global Times.

Last August, Andrew Robb, former Australian Trade and Investment Minister, was appointed as an economic consultant at Landbridge Group in Shandong Province, a Chinese enterprise that, in 2015, obtained the management rights of Port Darwin for 99 years.

Australian media reported that Robb had access to a large amount of highly sensitive information when he was trade minister and later might have divulged information to the Chinese side as their consultant.

The Australian Government Department of Defense also expressed its concern over national security, reporting that Robb needed to "carefully consider" being a consultant at a Chinese enterprise, as the Australian navy and border forces also use Port Darwin.

In many countries, there are regulations in place concerning retired civil servants working for foreign enterprises.

The US bans its retired government officials from engaging in business activities "if they are harming the US," Sanchez said. And if civil servants represent foreign enterprises in the US, they must register an agent. "Otherwise, there is no restriction on representation," Sanchez said.

As to the controversy of public opinion, Sanchez believes that it largely depends on the enterprise's reputation in the local market. "Personally speaking, the enterprise I serve has a good reputation and thus I have not encountered any controversies," he said.

Making a lot of money is another reproachable issue for foreign consultants. Former chancellor of Germany Gerhard Schroder was criticized by Der Spiegel magazine in 2009 for earning a "fair share of consulting fees" by helping German companies forge links with their Chinese counterparts.

Borchmann said he doesn't face any domestic pressure for working with China because he is not paid by any Chinese companies; CIPA only pays for his work-related expenses. Saphariny admits that he charges a fee when he helps enterprises conduct business, but did not disclose to the Global Times exactly how much, only saying "not much."

"I mainly want to act as a bridge between China and the Arab world," said Saphariny. "In fact, there were many restrictions before I retired, and they were more symbolic rather than actual content embedded in my previous work. I think the things I did after I retired were more specific and played a more important role."

Song said that it is quite common for retired government officials in Western countries to offer consulting services and even engage in commercial endorsements of businesses from other countries. "In a sense, it is a win-win choice for Chinese enterprises to hire foreign consultants," said Song.

This article was originally written by Zhang Xin and Bai Yunyi and published in The Global Times.