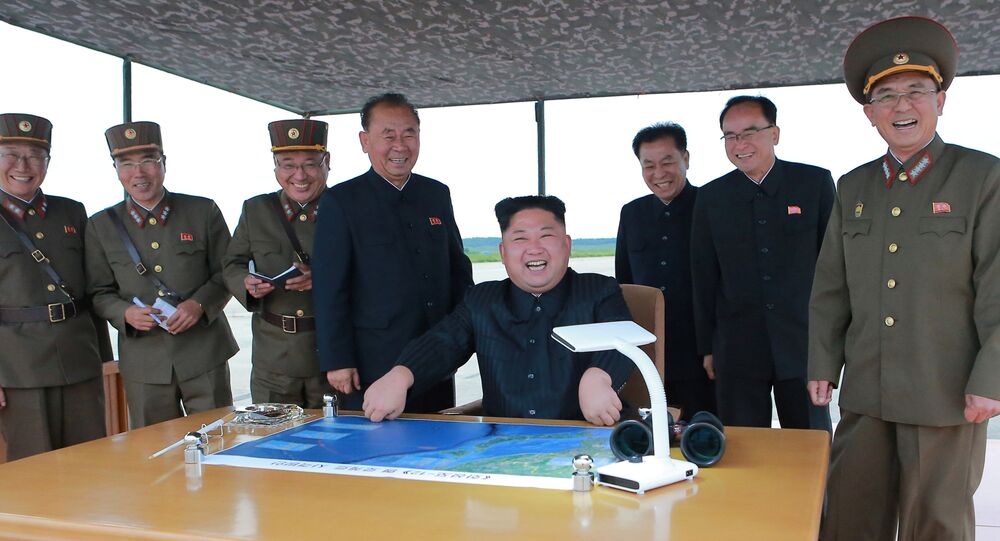 The representative of North Korea's foreign ministry has said that Pyongyang's actions do not violate the non-proliferation regime.

"The DPRK is being convinced over and over again that the development of nuclear weapons is the right choice. And we are boosting efforts in that spehere so that we could neutralize the nuclear threat from the United States, " the representative said at the Moscow conference on non-proliferation.

He went on to note that the DPRK's efforts are aimed at self-defense and the country does not violate the norms of international relations, adding that its nuclear tests should not be criticized.

READ MORE: Will Trump Keep Tradition, Visit the DMZ in November? Nobody is Sure

© REUTERS / Courtesy Kenneth Abbate/U.S. Navy
N Korea Vows to Hit US With 'Unimaginable' Strike if US-S Korean Drills Continue
Ealier in the day, Choe Son Hui, the head of the North American department at North Korea's Foreign Ministry Pyongyang's said that country's nuclear arsenal is targeting exclusively the United States, as it is the only country, she said, which could attack North Korea.

The DPRK has been conducting missile launches and nuclear tests despite the international opposition and sanctions. Pyongyang has cso far conducted six nuclear tests.

The United States has launched joint military drills with South Korea in the Yellow Sea and the Sea of Japan to address the so-called threat from North Korea.