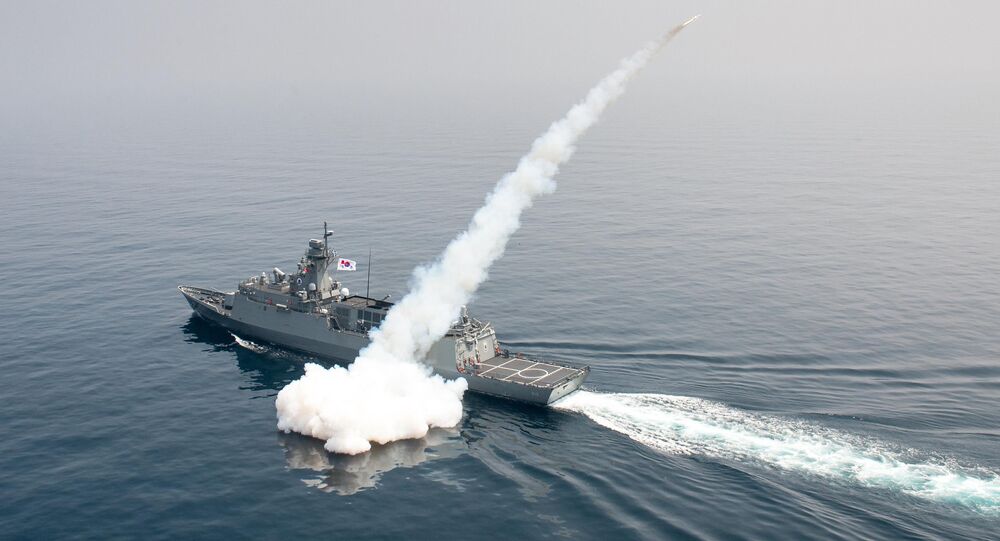 As tensions over North Korea's nuclear program keep mounting, the North Korean foreign ministry said that Pyongyang won't hold talks on its nuclear weapons and added that the Americans would have to put up with the DPRK's nuclear status.

Pyongyang possesses nuclear weapons and ballistic missiles but will use them only in case of the threat to the country, according to the North Korean ministry's spokeswoman.

"North Korea lives under the constant threat of a nuclear attack by the US. Last week, the unprecedented exercises involving American aircraft carriers and strategic bombers were carried out. And every action triggers a counter-action. Our leader has clarified our position, that suggests that we will pacify the US and will respond to fire with fire," she said while delivering a speech at a nonproliferation conference in Moscow.

The massive drills that the ministry representative referred to in her speech, are the joint US-South Korean exercises that have been conducted in the Sea of Japan and the Yellow Sea since Monday. A total of 40 military vessels headed by USS Ronald Reagan are taking part in the war games that are expected to conclude by Sunday.

U.S. and @UN Command nations hold major mine countermeasures exercise with @ROK_Navy off the coast of #Korea https://t.co/Hb1btvOa87 pic.twitter.com/e8Iigb1wdy

The South Korean TV channel YTN reported that the maneuvers are aimed at striking at the DPRK's military infrastructure in case the Korean crisis spirals out of control. At the same time, South Korean and US navies in the Yellow Sea are training to deter any possible strike by Pyongyang.

North Korea has been developing its nuclear program despite the international condemnation and the latest round of the UN sanctions. In July, Pyongyang launched two intercontinental ballistic missiles. In September, the DPRK announced it had tested a hydrogen bomb capable of being planted on an intercontinental missile.