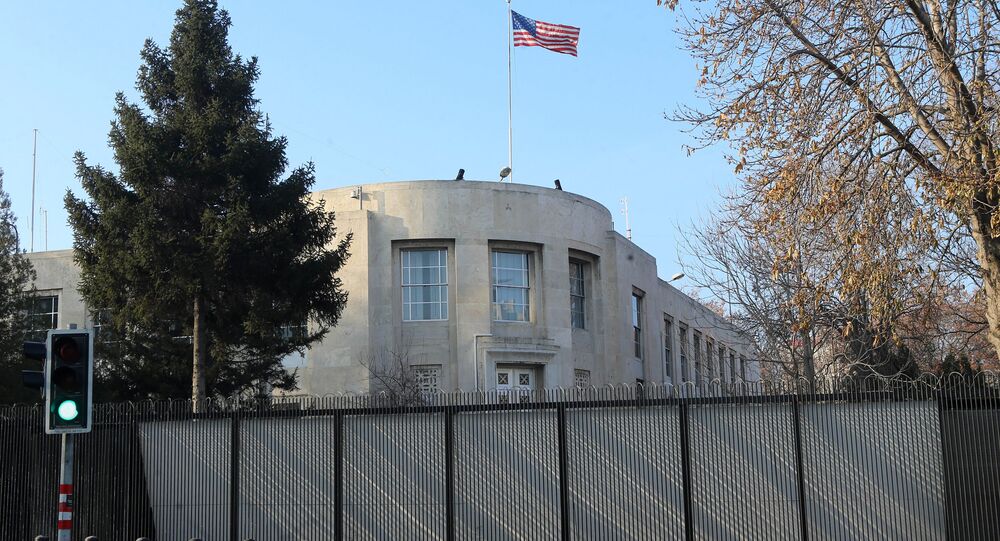 A day after the US announced that all diplomatic facilities in Turkey will suspend non-immigrant visa services to "reassess Turkey's commitment" to the security of the US mission staff, Ankara has responded.

MOSCOW (Sputnik) – On Monday the Turkish Foreign Ministry summoned the undersecretary of the US embassy in the country over Washington’s decision to halt visa services in Turkey, the Hurriyet newspaper reported.

Meanwhile, Turkish Justice Minister Abdulhamid Gul said Monday that he hoped the United States would review its decision to suspend visa services for Turkish citizens over the arrest of a US consulate worker in Istanbul, since Turkey had every right to do so.

"The Foreign Ministry said that the man had no diplomatic immunity, so it is Turkey's right to judge a Turkish citizen… In this regard, I hope that the United States will review its decision," Gul told the A Haber broadcaster.

© CC BY-SA 3.0 / SimonP / Embassy of Turkey, Washington, D.C.
Tit-for-Tat: Turkey Mirrors US Move, Suspends Visas As Tensions Mount
Metin Topuz, a Turkish citizen locally employed at the US consulate, was detained in Turkey last week, prompting Washington's condemnation. The US Embassy in Turkey said that it was "deeply" disturbed over the "baseless, anonymous allegations" undermining "this longstanding partnership" between NATO allies. In its turn, Ankara said that the employee of the US Consulate General in Istanbul arrested by Turkish authorities had no diplomatic immunity.