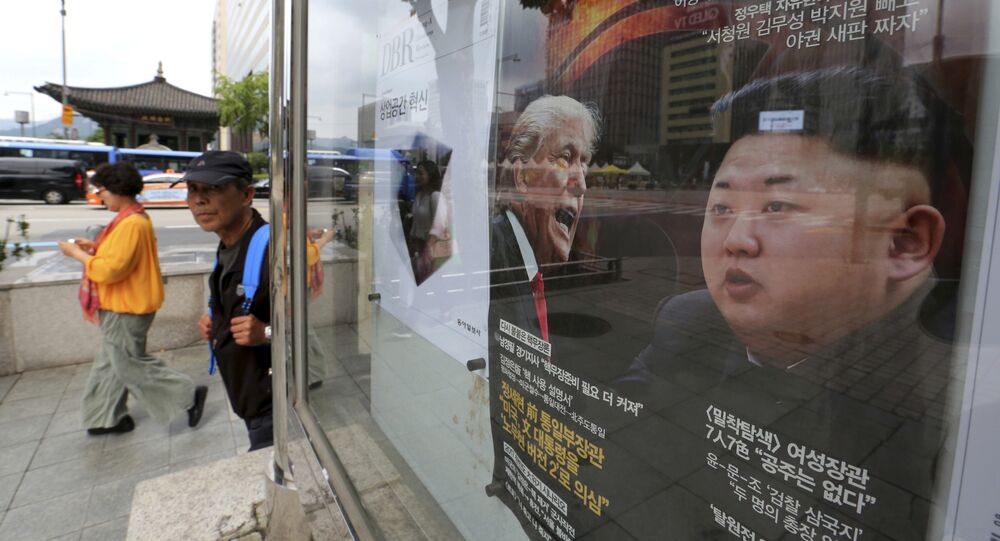 Pyongyang’s response to Donald Trump’s threat “to totally destroy North Korea” did not take long, with Foreign Minister Ri Yong-ho pouring scorn on the US President.

“There is a saying that goes: ‘Even when dogs bark, the parade goes on. If [Trump] was thinking about surprising us with dog-barking sounds then he is clearly dreaming,” Ri told reporters gathered outside his hotel near the United Nations headquarters in New York.

In Korean, a “dog dream” is something absurd and makes little sense, according to Yonhap.

On Tuesday, President Trump vowed to "totally destroy North Korea" if it dared to attack the United States or its allies.

"Rocket Man is on a suicide mission for himself and for his regime," Trump said, referring to the North Korean leader.

During his visit Ri Yong-ho is expected to meet with US diplomats, but chances of any serious discussions amid the heightened tensions between Pyongyang and Washington are highly unlikely.

Not Only N Korea Strikes Back

During his UN address on Tuesday President Trump also lashed out at Iran, calling it a “depleted rogue state whose chief exports are violence, bloodshed and chaos,” and at President Nicolas Maduro’s “socialist dictatorship” in Venezuela.

Venezuelan President Nicolas Maduro went even further, describing Trump’s speech an "aggression from the new Hitler of international politics … against the people of Venezuela."