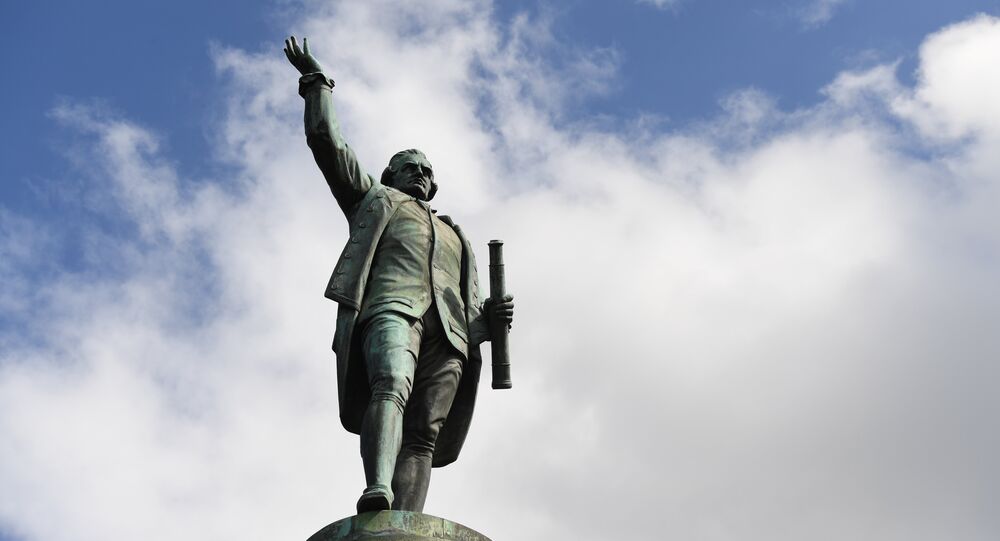 He has stood gazing out proudly from his vantage point in Sydney's Hyde Park at the territory he discovered almost 250 years ago. Now activists in Australia want to sink Captain James Cook without trace by removing his statue and those of other British explorers credited with its discovery.

Perhaps inspired by recent events in America, Indigenous campaigners along with Aboriginal academics believe it is time to get rid of icons that leave a "legacy of pain."

It is the latest salvo in a growing culture war which many are beginning to suggest could lead to the already precarious Australian parliament calling a snap election.

This latest move comes hard on the heels of a similar suggestion to ditch Australia Day, a holiday organized to celebrate the declaration of the country as terra nullius (land that belongs to no-one).

Indigenous broadcaster Stan Grant believes his country should now follow the example set by the United States and remove the sculptures.

He argued the statue of James Cook makes indigenous people feel "invisible," in particular, an an inscription on the monument to the captain, who sailed the first fleet of British ships to Australia in 1770, which read: "Discovered This Territory 1770."

how will this country ever deal with a calm and complex cultural conversation… when peddling anger and hate is a business model? https://t.co/DFOGLYIfqv

​Among other statues under threat are Lachlan Macquarie, a governor of New South Wales, who was called "the father of Australia" and Arthur Philip, who led the first fleet from England that landed in Australia in 1788.

Writing for the Australia Broadcasting Company, Mr. Grant told how the claims on the statue were a sore point for Indigenous people — calling it a reminder of "the violent rupture of Aboriginal society."

"This statue speaks to emptiness, it speaks to our invisibility. It says that nothing truly mattered, nothing truly counted until a white sailor first walked on these shores," he wrote.

His comments follow violent protests in the US over a statue of Confederate leader Robert E. Lee which some argued celebrates America's slave-owning past.

And following riots which killed one woman, calls to tear down the Charlottesville statue have only grown louder — and even spread across other states.

However in Australia, Mr. Grant privately accepts the controversial Captain Cook statue should remain despite his outburst.

"Captain Cook's statue stands in the center of our biggest city. There are Indigenous people who for good reason would prefer to see it removed.

"Personally I accept that it remains; Cook is part of the story of this nation," Mr. Grant said.

Clover Moore, the lord mayor of Sydney, has bowed to pressure to give consideration to the controversial proposal, accepting some may be removed while others may be modified.

She raised concerns about Macquarie, a British army officer instrumental in turning Australia's early penal colony into a free settlement.

His inscription has stirred passions more than most, in particular, stating, "He was a perfect gentleman, a Christian and supreme legislator of the human heart."

Not all are supportive of the plan, however, Tony Abbott, the former prime minister, described it as "political correctness on steroids."

​Similarly, Peter Dutton, the immigration minister, urged fellow Australians to fight back and resist any changes.

"These are the campaigns of the left, they preach some of this stuff at university… all sorts of programmes which are based around trying to diminish elements of our society, segments of our community, and it defies common sense," he argued.