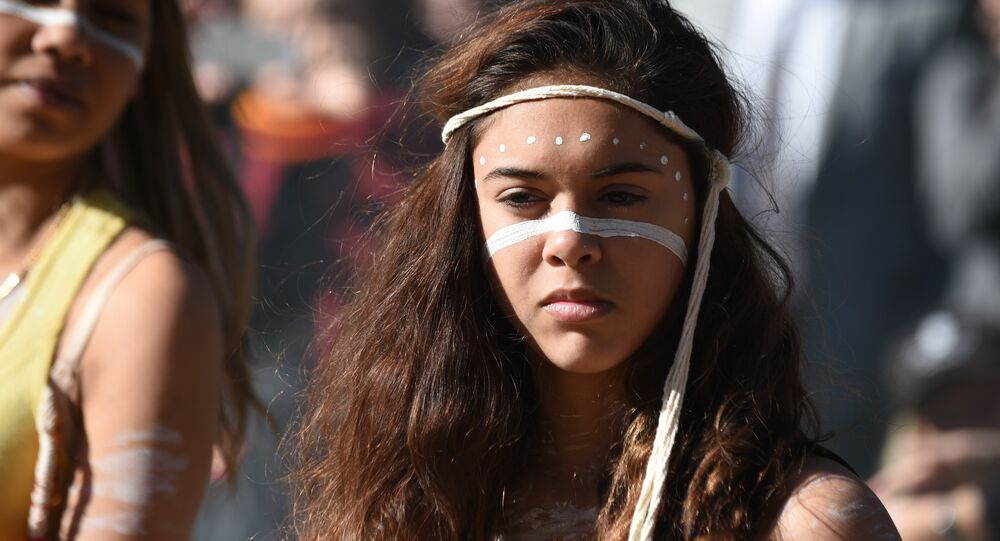 For some it a day to join family and friends, sit in a blow-up pool and sink a few bottles of ice-cold beers. However, New South Wales opposition leader, Luke Foley, wants to replace the traditional Australia Day by creating a different kind of celebration on the Queen's birthday public holiday.

The more patriotic take to the streets wearing red, white and blue outfits, while frantically waving Union Jack flags with a Southern Cross on it as tall ships sail into Sydney harbor just like Captain James Cook did hundreds of years earlier.

Not everyone is so supportive of Australia Day, however, a holiday organized to celebrate the declaration of the country as "terra nullius" (land that belongs to no-one).

Protesting against it is nothing new, although now, given Australia's controversial past and Aboriginal history things are hotting up with calls to scrap it altogether.

Indeed this fight is rapidly becoming something of a "culture war" as growing numbers of politicians and the public warm instead to the idea of a new day honoring Indigenous Australians.

New South Wales leader, Luke Foley, has resisted emulating the position of two Melbourne councils in moving Australia Day celebrations from January 26, insisting he was "not in the business of rewriting history."

However Foley believes a new day honoring Indigenous Australians should be created to help ensure "a completeness" in the telling of Australia's past.

He said he would replace the Queen's birthday public holiday in June with a day recognizing Indigenous Australians' 40,000-year history and suffering as they were shackled, beaten, sent to prison camps or made to live in reserves.

Furthermore it would also allow the nation to remember the thousands of people who died in massacres as their land and homes were dispossessed.

© AP Photo
A West Australian government expedition, led by J.J. Brady, Minister for Police and Native Welfare, is pictured in a remote area of the country to investigate the living conditions of the aborigines in the arid Warburton range, April 2, 1957.

Foley said that the move could occur either now, or when "Her Majesty passes away."

"I think [ABC Indigenous editor] Stan Grant's made a powerful argument that the Indigenous history, over 40,000 years of it, that story needs to be told," Foley told 2GB radio in Sydney.

"I'm not persuaded that we should move Australia Day away from January 26, I think for most Australians it's set in stone."

On #AustraliaDay, we welcome over 16,000 new citizens at over 400 ceremonies around the country. Congratulations all & happy #AustraliaDay! pic.twitter.com/gCzgLiMCAr

​His call comes after the federal government intervened to strip both Darebin and Yarra councils in Melbourne of their right to hold future citizenship ceremonies.

The two councils had earlier voted to move Australia Day citizenship ceremonies from January 26, a day which marks the first fleet's arrival, and which many label "invasion day."

​Alex Hawke, the federal assistant immigration minister, stepped in to strip their power to hold citizenship ceremonies, demanding they must be "apolitical, bipartisan and secular."

Foley argued the Queen's birthday public holiday in June made little sense, given her birthday was in April.

Gordon Workman, an indigenous elder in Blacktown and former president of the Darug Tribal Corporation, described the moves to scrap or change the date as divisive nonsense.

"Changing the date ain't going to change history. If a few people out there want to big note themselves they're welcome, but to me it's ridiculous," Workman said.