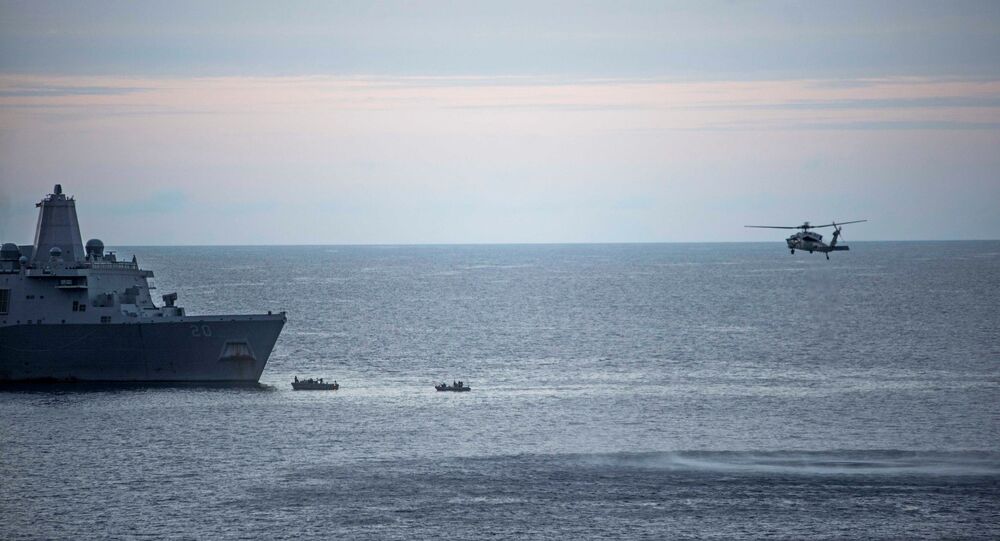 US Navy officials have called off the search for missing crewmen who were aboard a Navy Osprey tiltrotor aircraft that crashed into the sea off the eastern coast of Australia on Saturday.

A rescue operation was launched for the three missing US Marines, after the Osprey aircraft in which they were traveling crashed into the ocean while attempting to land, according to Stripes.com.

In suspending the rescue operation on Sunday, the US Navy switched to a recovery effort, according to the US Marine's Camp Butler in Japan, indicating that the missing Marines are not expected to be found alive.

The base camp statement added that the missing soldier's next of kin had been told of their deaths, and that Australia's defense forces were working with the US Navy to expand the recovery of wreckage and remains.

The MV-22 Osprey took off from the USS Bonhomme Richard, a Wasp-class amphibious assault ship, on Saturday to conduct routine operations when it crashed. The Bonhomme Richard's rescue boats and aircraft immediately commenced search and rescue, and 23 out of the 26 Marines aboard were pulled from the water.

According to the Camp Butler statement, "Recovery and salvage operations can take several months to complete, but can be extended based on several environmental factors," cited by Stars and Stripes.

"The circumstances of the mishap are currently under investigation," the statement added, noting that, "no additional information available at this time."

"I can confirm no Australian Defence Force personnel were on board the aircraft," Payne said, cited by Stripes.com.

A tilt-rotor Osprey aircraft takes off and lands like a helicopter, and, once airborne, pivots its wings to fly like an ordinary propellor airplane. The aircraft have been involved in several high-profile accidents in recent years.

A US Osprey crashed in a 2015 training exercise in Hawaii, killing two Marines. In December 2016, another Osprey crash near the US airbase on Japan's southern island of Okinawa and five crew members were rescued safely. In January of this year, three US soldiers in Yemen were wounded following a "hard landing" by an Osprey.