South Korean President Moon Jae-in has ordered a probe into unannounced deliveries of additional launchers for the controversial US THAAD anti-missile system. He also called for a parliamentary review of the anti-missile system. Radio Sputnik spoke with Dr. Zhang Baohui, director of the Center for Asian Pacific Studies at Lingnan University.

<“Moon has consistently opposed this THAAD issue. He said that we need a national deliberation to decide the matter. It is possible that the Korean military in order to solve this resistance from Moon's government decided to secretly ship in additional units of THAAD,” Baohui said.

He further spoke about the possible outcome of this probe, saying that the president has said that he would re-examine the issue and maybe it will be possible to come hard on the THAAD issue. However, it is also possible that it will be “very difficult to abolish THAAD.”

“He [Moon Jae-in] may try to smoothen relations with China and Russia by telling them that THAAD is not against them. But it may still be possible that Moon decides to remove THAAD,” the analyst said. 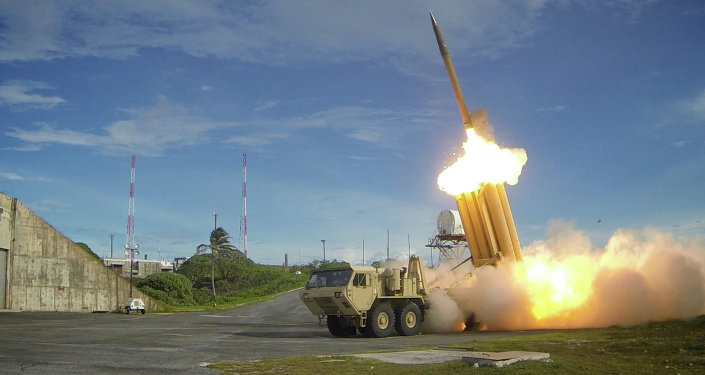 © Flickr / U.S. Missile Defense Agency
S Korea to Convince US to Turn THAAD Radars Away From Chinese Territory
Talking about South Korea's current relations with China, Baohui said that if the investigation into the deployment of THAAD is launched, it will definitely please China.

“We are already seeing China’s informal sanctions against South Korea so any additional signal from South Korea that it intends to revise the THAAD issue will only improve China’s relations with South Korea,” Baohui said.

According to the analyst it seems that the US allies in the region are increasingly concerned about the US commitment in the region and that could motivate them to seek improved relations with China.

“Just like German Chancellor, Merkel said that Germany and Europe can no longer depend on the US. That could be the reason why Japan’s Shinzo Abe also wants to improve relations with China, but there are other factors such as the fact that Japan’s economy is quite dependable on China,” he said.

China is already Japan’s largest export market, so it is in Japan’s interest to retain decent relations with China.

Hence, Moon’s order of an investigation into the deployment of THAAD came amid signs of easing tensions between South Korea and China.

In July 2016, Seoul and Washington agreed to deploy a THAAD system in South Korea's Seongju County amid the increase of the so-called North Korean "threat," an issue which is becoming more pressing with the increasing number of Pyongyang’s missile tests. Solely over the past month, North Korea carried out missile launches on May 15, May 21 and most recently, on Monday.

Moon, who officially assumed office on May 10, has repeatedly criticized the previous government under impeached leader Park Geun-hye for agreeing to host the THAAD system without seeking parliamentary approval.