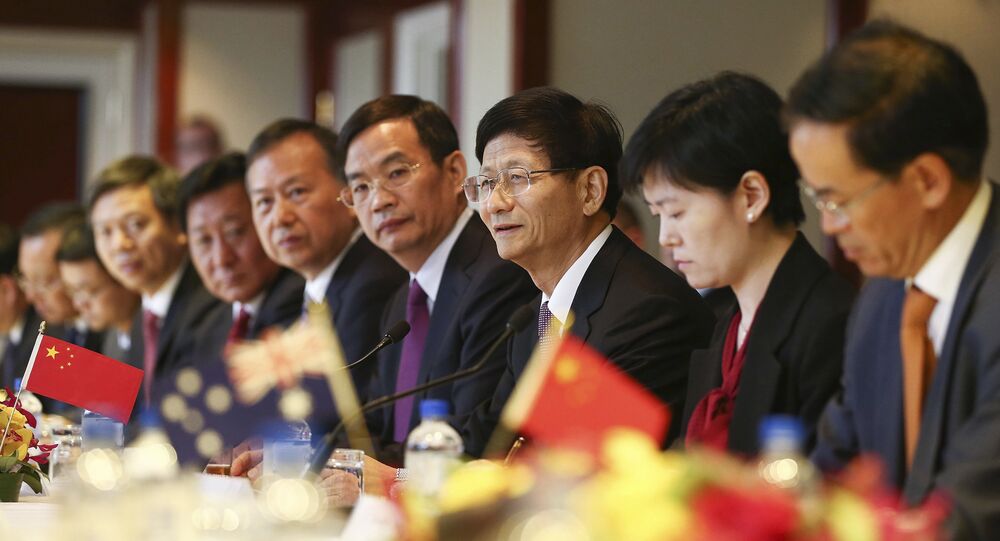 The Chinese government has said that it had no idea about the Australian Defense Minister's emphatic comments that China was carrying out espionage on Australian soil.

Australian Secretary of Defense Dennis Richardson made the allegation on Friday, May 12, that China is spying on and using "unreasonable" influence on Chinese communities and media in Australia.

"It is no secret that China is very active in intelligence activities directed against us — and it is more than cyber," Mr. Richardson said during a farewell speech to the National Press Club of Australia.

Mr. Richardson is soon to depart from his post as secretary of defense.

"That is no reason to engage in knee jerk anti-China decision making, or to avoid seeking to build a stronger relationship with China. It is simply the world in which we live. The Chinese government keeps a watchful eye inside Australian Chinese communities and effectively controls some Chinese language media in Australia."

In response, the Chinese Foreign Ministry spokesman, Geng Shuang, said he had not heard about Mr. Richardson's comments, but said that China would like to see the Australian government working to improve bilateral ties and cooperation between their nations.

"We hope that relevant people on the Australian side can say more things that can benefit the development of China-Australia relations, do more to benefit the deepening of cooperation, and not to make irresponsible comments," Geng said.

Mr, Richardson's comments come on the heels of an ominous warning by former Chinese diplomat, Chen Yonglin, at the end of 2016 that the number of Chinese spies in the country had grown since 2005, when he said there were around 1,000.

Over his long career as a public servant, Mr. Richardson has managed the foreign affairs department and been Australia's ambassador to Washington.

Defence farewells Secretary Dennis Richardson AO who retires today after an outstanding career of over 48 years in the public service. pic.twitter.com/wW7myk8fC8

© REUTERS / CSIS/Digital Globe
Australian Media Spies Imaginary Weapons in South China Sea
Serious questions regarding China's interception of Australian political life started to boil in 2015 when a commercial and military port in the northern city of Darwin was leased to a Chinese firm that was said to have links with the Chinese military. The US made its consternation about the move known, and since then the Australian government had been hesitant to enter into infrastructure bids put forward by Chinese companies.

Australia recently employed the former director of its domestic spy agency, David Irvine, as the chairman of its foreign investment advisory committee. It is believed that Irvine's appointment came just after the Australian government put in place an infrastructural body that will monitor foreign bids for key assets, such as ports, to ensure that no threats to national security exist.

Outgoing defense minister Richardson also spoke of how, "the Chinese government keeps a watchful eye inside Chinese communities and effectively controls some Chinese-language media in Australia."