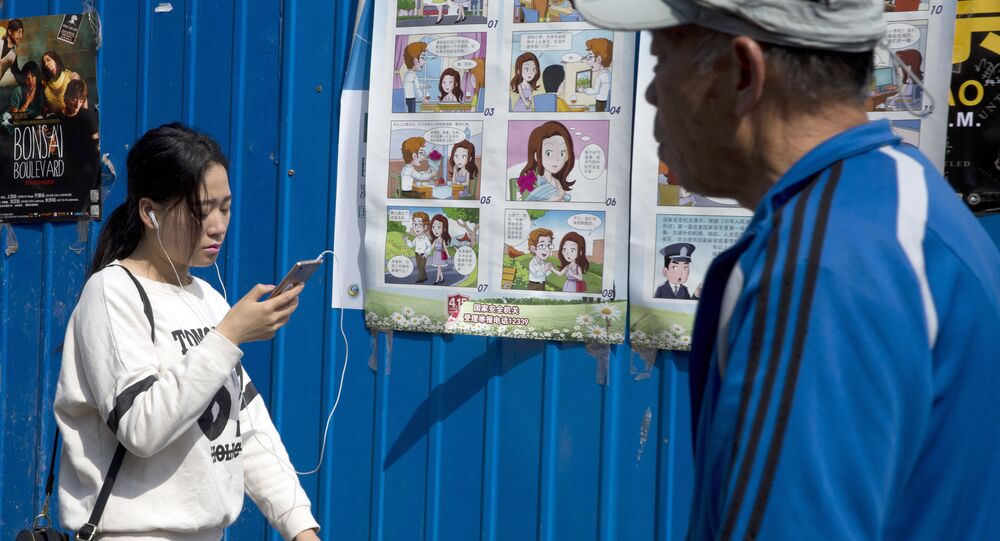 China's Ministry of State Security pledged to pay Chinese citizens 500,000 yuan (about 72,000 dollars) for providing the authorities with any information on espionage activities in the country.

© AFP 2021 / BRENDAN SMIALOWSKI
US State Department Employee Charged With Lying to FBI About Chinese Intel Agents
Any Chinese citizen, who provides his country with information related to espionage activity will be given a reward of 500,000 yuan (about 72,000 dollars), according to the relevant regulations published by the Chinese Ministry of State Security on April 10.

It means that from now on, anyone in China can transmit information to the authorities about threats to national security or cases of access by foreign special services or other persons to information that the country considers a state secret, according to Andrey Karneev, deputy head of the Institute of Asia and Africa at Moscow State University.

In his interview with Sputnik China, he said that "the information, including facts about foreign spies bribing public servants, can be transmitted through a telephone hotline, by mail or in person by visiting an office of the Chinese Ministry of State Security."

China opens hotline for reporting "foreign spies" to authorities. Can receive award of b/t $7k and $70k. https://t.co/o1DpgAoeA9

Karneev quoted the Ministry's regulations as saying that "with China's policy of reforms and openness under way, foreign intelligence and other hostile forces gained more opportunities for espionage and subversive activity."

"The scale of such activities is constantly expanding, with the  forms becoming more diverse, the methods — more secretive and the actions – more outrageous; the capital Beijing has become the main target of foreign spies," according to the document.

In this vein, analysts point to the fact that the Chinese State Security Ministry's regulations came shortly after the arrest in the US of a State Department employee accused of developing contacts with Chinese intelligence services.

"As for the regulations, they could mean a new round of espionage war between the two countries," Karneev quoted the analysts as saying.

In the past few years, Chinese authorities have made more efforts to counter intelligence activities than in the past.

Additionally, in order to grapple with foreign intelligence services, the Chinese State Security Ministry is turning to the mass media to adjust public opinion by releasing information about high profile espionage cases.