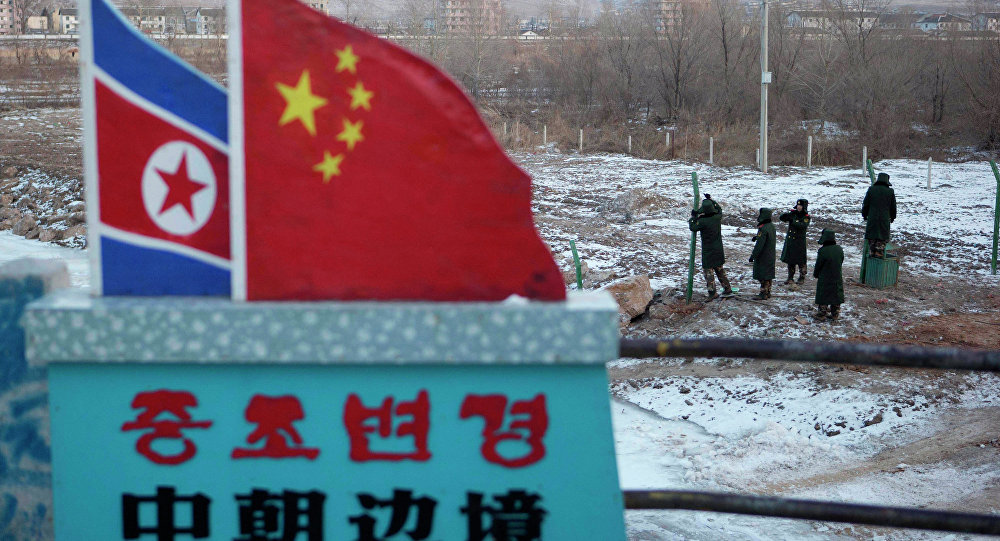 Beijing reaffirmed readiness to continue working with Moscow to deescalate the situation around North Korea.

"Foreign Minister of China [Wang Yi] and Deputy Foreign Minister of Russia [Gennady Gatilov] will participate in a ministerial meeting of the UN Security Council on the Democratic People's Republic of Korea. Russia and China have similar positions on the issue of the DPRK. Russia is making efforts in this direction. China would like to continue cooperation with Russia and other interested parties to find the right solution to the North Korea issue," Geng said. 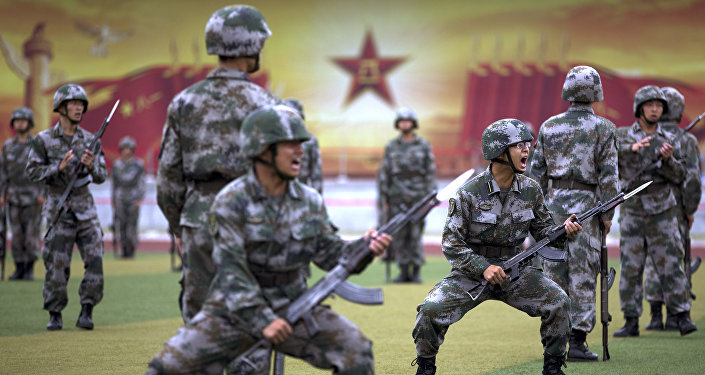 © AP Photo / Andy Wong
The Powder Keg Peninsula: Chinese Troops on Korean Border Prepare for Combat
Geng added that China remained committed to the UN resolution on North Korea and opposed any actions, violating the resolution. As regards particular measures that Beijing might take in case of new Pyongyang's missile and nuclear tests, Geng said it was a "hypothetical issue," with many speculations on it.

Earlier in the day, Wang and Gatilov held a meeting in New York, and agreed to follow through on all UN resolutions on North Korea. They also stressed that further escalation on the Korean peninsula could cause the situation to slip out of control, and suggested offering Pyongyang to freeze its nuclear program in exchange for halting joint exercises between US and South Korean militaries.