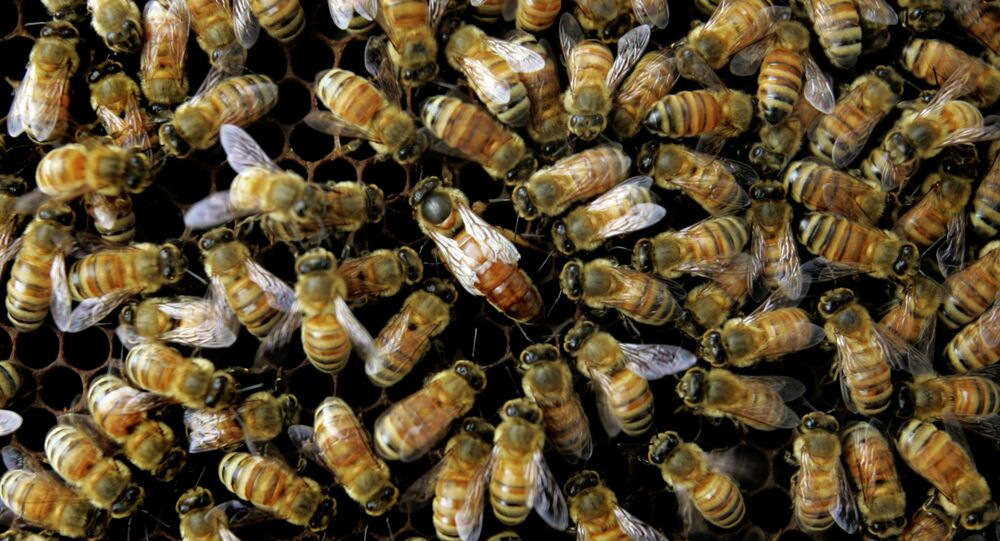 Soaring honey prices in New Zealand have led to a boom in the theft and trade of hives in a rapidly expanding black (and yellow) market.

Demand for Kiwi honey in China and Hong Kong caused a 35% spike in exports in 2016. This has earned the honey industry a record 315 million New Zealand dollars ($220 million) in export revenue, but it also caused a massive price spike.

Some types, such as Manuka honey (which is believed to be have antibacterial properties,) have tripled in value since 2012. It now fetches over $50 per pound, while a hive is worth as much as $1,400.

"The high value of honey, particularly manuka honey, is likely to be contributing, and because of the scale we believe it's an organized operation in most parts of the country," National Community Policing Coordinator Senior Sergeant Alasdair MacMillan wrote in the police magazine Ten One.

And when a commodity becomes too expensive, a black market is likely to form. "It's rife. Honey is overpriced, it's ludicrous. There's easy money being made if you buy and sell hives," said Bruce Robertson, managing director of Haines Apiaries in Kaitaia.

Robertson claims to have spent thousands of dollars boosting security because thieves were making off with one or two of his 3,000 hives every week.

New Zealand police say that more than 400 thefts of bee colonies were reported in the second half of 2016. They believe that these thefts are the acts of organized criminal syndicates, behaving in a similar fashion to meth-producing motorcycle clubs. The volume and frequency of the thefts, during some of which as many as 500 hives disappear, have led the police to conclude there must be a network of thieves.

"It doesn't matter if it's beekeeping or meth, this is just the new gold rush," said Laurence Burkin, a Wellington apiarist and victim of hive theft.

Kiwi authorities are developing a database of apiaries around the archipelago and are improving investigative techniques to catch the bee thieves. "A national database is being developed to improve information gathering. Similar databases already exist now in specific areas and allow us to monitor hive movements more proactively," said MacMillan.

New Zealand's Ministry for Primary Industries reports that it is the world's third largest honey exporter by value, behind China and Argentina. However, it is only the 16th biggest global supplier, due to their honey selling at premium prices.