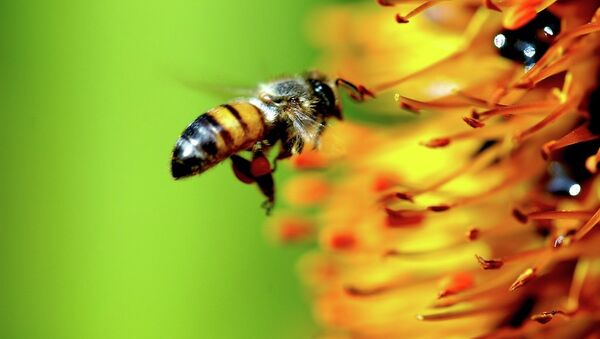 © Flickr / Danny Perez Photography
Subscribe
International
India
Africa
Health Canada has proposed a ban on the use of a neonicotinoid pesticide called imidacloprid, after learning that it contaminates waterways and harms aquatic insects.

"Based on currently available information, the continued high-volume use of imidacloprid in agricultural areas is not sustainable," the assessment states.

The Pest Management Regulatory Agency (PMRA) said the use of imidacloprid should be phased out within five years.

Environmental Defense, based in Toronto, approved the proposal to ban imidacloprid, but wants it to happen more quickly.

"This timeline is unnecessarily long," said Maggie MacDonald in a statement. "The federal government must accelerate the phaseout to prevent further harm to aquatic wildlife and pollinators."

Imidacloprid, originally made solely by Bayer AG but now off patent, belongs to a family of neonicotinoids that are used to prevent insects from destroying crops, and has been the single most prevalent insecticide in the world. Bayer is "extremely disappointed" in the decision, said Bayer Canada vice president Derrick Rozdeba, in a statement, according to Reuters.

Health Canada found that imidacloprid is "being detected frequently in Canadian surface and groundwater." In Ontario and Quebec, the agency found the chemical "frequently in surface water at levels well above concentrations that may result in toxic effects to insects."

New Study Shows Controversial Pesticide Linked to Massive Bee Die-Off
Mayflies and midges affected by the chemical are vital for the ecosystem as food for fish, birds and other animals. It can also undermine soil-dwelling organisms.

The insecticide has raised new concerns as a possible deadly poison impacting bee populations in North America and Europe. Neonicotinoid seed treatments were banned in Europe in 2013, to mitigate the chemical's negative effect on bees and other populations. In North America, there is no such ban.

Ron Bonnett, president of Canadian Federation of Agriculture, said the future ban on the chemical may not cause problems for farmers due to the availability of other neonicotinoids.