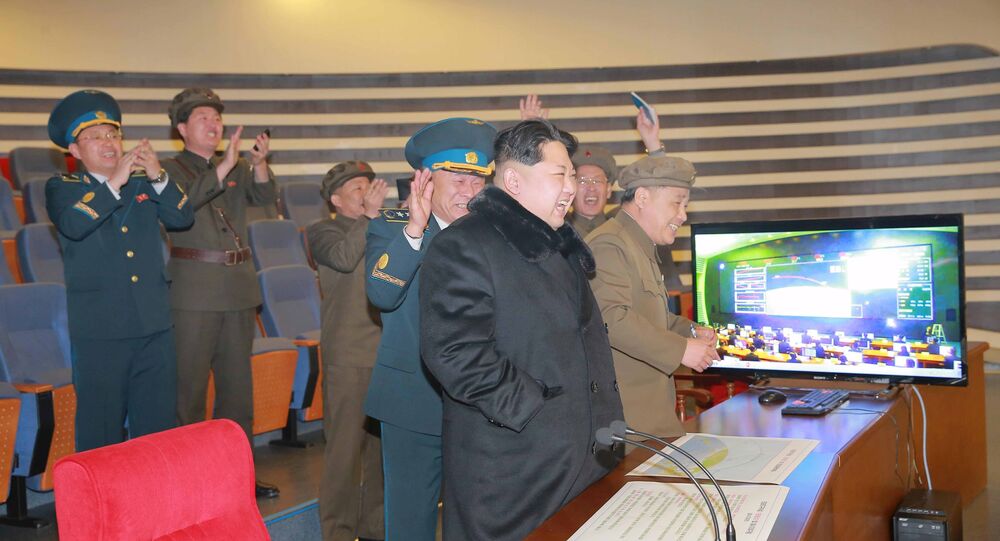 On Monday, the US informed South Korea and Japan that North Korea may be reinstated to a list of state sponsors of terrorism, after being removed in 2008.

According to South Korean news agency Yonhap, the US came to the decision following the recent killing of North Korean leader Kim Jong Un’s half-brother, Kim Jong Nam, in Malaysia. Washington officials informed their counterparts in Seoul and Tokyo during a trilateral meeting in Washington on North Korea involving senior diplomats from all three nations.

One government official from South Korea said, "I believe the US will take into account reactions from Congress," referencing US lawmakers who have called for Pyongyang to be placed back on the terrorism list, which includes Syria, Sudan, and Iran.

During a February hearing, Senator Cory Gardner (R-CO) echoed the sentiment of many legislators who feel North Korea had a hand in Nam’s death. "The murder once again highlights the treachery of North Korea," he said, suggesting that there is evidence that Pyongyang has engaged in "actions and relationships that would meet the criteria of state sponsor of terror."

A joint statement released after the meeting explained that the group discussed new tactics that would restrict Pyongyang’s funding for its nuclear weapons and ballistic missile programs, and was considering "other possible measures under national authorities," beyond existing sanctions.

The document also condemned North Korea’s "flagrant disregard" for international calls for denuclearization, and an end to ballistic missile testing, which the group feels will necessitate "strong international pressure on the regime."

These developments take place after North Korea’s chief benefactor, China, recently announced that it was suspending imports of North Korean coal until the end of the year, as part UN Security Council Resolution 2321, which levies heavier sanctions against Pyongyang.

North Korea responded to Beijing saying, "This country, styling itself a big power, is dancing to the tune of the US while defending its mean behavior with such excuses that it was meant not to have a negative impact on the living of the people in the DPRK, but, to check its nuclear program," adding that "the ban would have little effect on the nuclear weapons program."

"It is important that China, which accounts for a nearly 90 percent share of North Korea’s trade, strictly implement Security Council resolutions,"  said Kanasugui, explaining the need of the UNSC sanctions for all three countries, "We discussed China’s role following its recent announcement of a suspension of coal imports from North Korea."

He added, "We discussed how the killing of Kim Jong Nam would affect the situation in North Korea going forward, and what kind of impact it may have on North Korea’s relations with China,"according to the Japan Times.