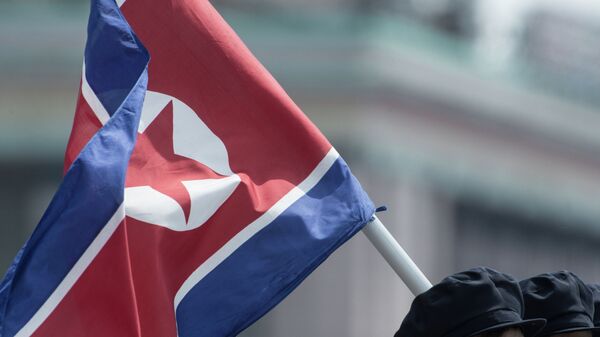 John Wight
All materials
That North Korea is a rogue state has long been considered self-evident, especially in the West, with the recent and very public assassination of Kim Jong Nam, estranged half brother of the country's leader Kim Jong-un, presented as further evidence in support of this narrative.

Kim Jong Nam was killed by two female assassins in Malaysia using VX, an extremely toxic nerve agent, considered a weapon of mass destruction by the UN. The North Koreans have denied responsibility for the assassination, which took place at Kuala Lumpur airport and was caught on CCTV, but the circumstantial evidence points to state involvement. 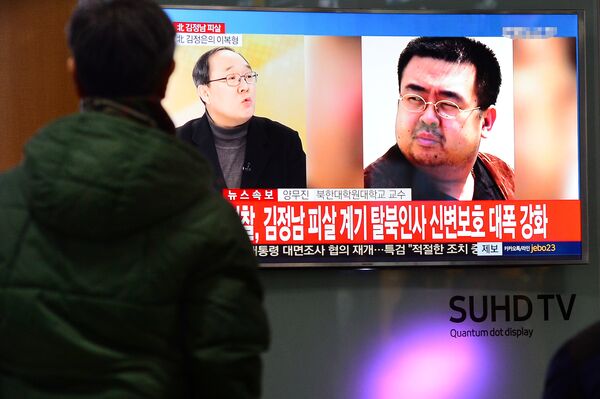 People watch a TV screen broadcasting a news report on the assassination of Kim Jong Nam, the older half brother of the North Korean leader Kim Jong Un, at a railway station in Seoul, South Korea, February 14, 2017
© REUTERS / Lim Se-young/News1

However, the wider point is the manner in which the assassination has reminded the world that North Korea (formally the Democratic People's Republic of Korea, or DPRK) remains defiant in the face of the military, geopolitical, and economic pressure that has been ranged against the country over many decades to leave many scratching their heads at its refusal to collapse.

The common representation of the DPRK is of a hermit kingdom in which the country's 25 million people have been reduced to unthinking automatons, ideologically conditioned from the moment they are born to cultishly obey and venerate their "dear leader" under a system of ineffable inhumanity, brutality, and cruelty. It is a state and society, we are meant to believe, which resembles the one depicted in George Orwell's celebrated novel 1984 — in other words a despotic, totalitarian dystopia and vast prison house.

In 2013, the writer and novelist Andre Vltchek visited the country as part of an international peace mission, which included the prominent US human rights lawyer and activist Ramsey Clark. Vltchek writes:

"The West, its policy makers and mass media, [have] succeeded in creating an image of a dehumanized North Korea. They did it by blurring the faces. For decades North Koreans were being portrayed as inhabitants of some monstrous hermit empire where men, women and children all look alike, dress the same, behave like robots, never smile and do not look into each other's eyes."

Vltchek goes on to describe the impact of the dehumanization he identifies.

"Before I came here, before I agreed to come," he writes, "I explained to the organizers that I was not interested in all those elaborate fireworks and packed stadiums. I wanted to see a mom taking her child to school. I was longing to capture the faces of lovers at dusk, sitting side by side on some remote bench, whispering to each other those urgent words, those pledges that make life worth living; the same words, the same pledges, uttered all over the world."

"I was discouraged to do so. Instead I was asked to march. From a storyteller and a man who is used to document the world, I was converted into a delegate."

This is What Life Looks Like in DPRK During New Year Holidays and Work Days
What Andre Vltchek portrays here is the worldview of a garrison state, an embattled society whose history and development has been so scarred by its treatment at the hands of the West that no opportunity is spared to present to the world a martial posture with that history in mind.

North Korea emerged from the Second World War, along with South Korea, as a frontline state in the ensuing Cold War between a capitalist West led by Washington, and communist East led by Moscow.

During World War II the Korean Peninsula was brutally occupied and colonized by Japan, and in the process of defeating the Japanese Soviet forces penetrated into the north and US forces moved into the south, agreeing a demarcation line along the 38th parallel. In contravention of a UN plan to hold all-Korean elections, South Korea was formally established in May 1948, followed by the creation of North Korea in September 1948.

The newly established state of North Korea, or DPRK, was led by Kim Il-sung, venerated as a result of his part in the resistance to Japan's occupation of China and Korea throughout the 1930s and 40s. South Korea, meanwhile, was initially ruled by Syngman Rhee, an authoritarian leader whose credibility was compromised by the fact he'd sat out the war in the United States before being parachuted into the peninsula at war's end by the Americans with the objective of creating a fact on the ground in the form of a US-supported and pliant South Korean state.

One of the most devastating wars ever waged took place between North and South Korea between 1950 and 1953. It started when Kim Il-sung, on his own initiative, mounted an armed incursion across the 38th parallel with the objective of toppling Ree and reuniting Korea as an independent state.

Though no agreed figure has ever been produced when it comes to the number of people killed in the conflict, it is known to have been anywhere between 2.5 million and 5 million soldiers and civilians. The Korean War involved the participation of thousands of US and UN troops, with 21 UN-member states backing South Korea and the Soviet Union and China supporting the DPRK. The outcome was a military stalemate and return to the status quo of the 38th parallel. Hostilities between North and South were never formally ended. Instead both sides have maintained an uneasy armistice and ceasefire in the decades since.

In 2017 the DPRK is a relic of a Cold War that ended in the triumph of capitalism over communism. The deep scars wrought by decades of Japanese colonialism and imperialism, allied to the mammoth destruction wrought by the 1950-53 war, are primarily responsible for the country and society turning inwards, exacerbated by the fact it remains threatened by hostile neighbors, thousands of troops and missiles, including nuclear, which are capable of reaching every part of its territory.

When George W. Bush included North Korea as part of his infamous "axis of evil" along with Iran and Iraq in 2003, preparatory to launching the war on Iraq, it set in train North Korean efforts to develop nuclear weapons. The results, over a decade later, are the increasing frequency of nuclear tests being conducted by the country, creating panic in Washington and among its regional allies over the prospect of a state they have done their utmost to isolate obtaining a viable nuclear deterrent.

Such nuclear saber rattling is indubitably counter-productive given the desperate straits of the North Korean economy, which despite the official state ideology of juche (self-reliance) is undeniably reliant on positive diplomatic relations with its neighbors. As Russia's Foreign Minister Sergei Lavrov opined in April 2016:

"We respect North Korea's sovereign right to the peaceful uses of nuclear energy, including in space, and we understand and accept as justified Pyongyang's concern over regional developments posing a regional security threat to North Korea. But while recognizing North Korea's security concerns, we don't accept its claims on the status of becoming a nuclear state and reject the nuclear proliferation philosophy, which our North Korean neighbors are openly advocating."

It is high time that serious efforts were made to bring about a peaceful resolution to this on-going crisis. Such a resolution can only come about with the negotiation of a formal peace treaty officially ending hostilities, one that involves lifting economic sanctions, ending the militarization of the region, and serious dialogue with the ultimate objective of normalizing relations between North and South.