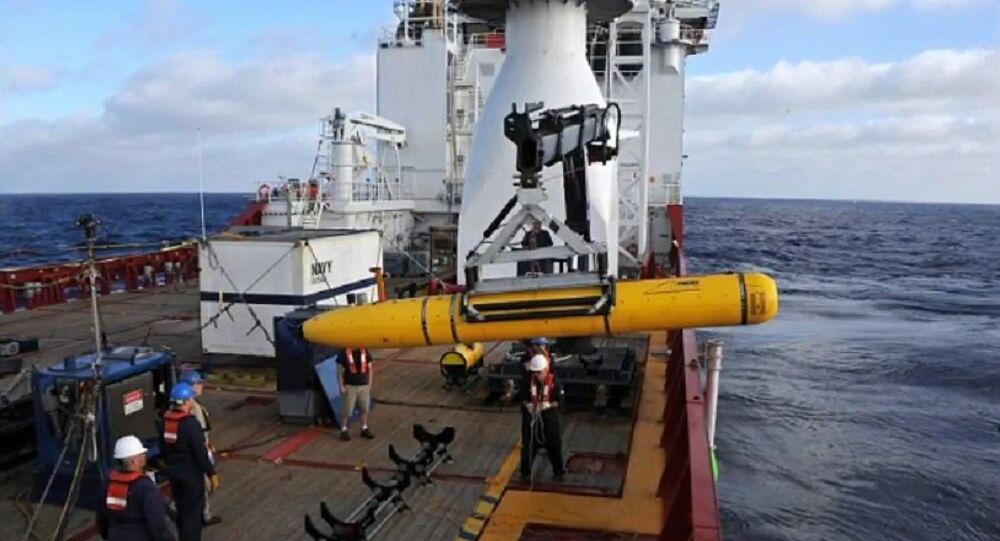 The US Department of Defense said China must immediately return a US unmanned underwater vehicle it "unlawfully seized" in the South China Sea.

WASHINGTON (Sputnik) — Earlier in the day it was reported that a Chinese warship seized a US unmanned underwater vehicle in the international waters in the South China Sea region.

“Using appropriate government-to-government channels, the Department of Defense has called upon China to immediately return an unmanned underwater vehicle (UUV) that China unlawfully seized on Dec. 15 in the South China Sea while it was being recovered by a US Navy oceanographic survey ship,” the release stated.

The USNS Bowditch and the unmanned vehicle were conducting routine operations on Thursday in accordance to international law about 50 nautical miles from Subic Bay, Philippines when a Chinese warship sent a small boat to retrieve the unmanned underwater vehicle, the release said.

© Wikipedia
Chinese Navy Seizes US Underwater Drone in South China Sea - Reports
The Chinese warship received a radio request from the Bowditch requesting the return of the seized vehicle, but ignored it, according to the release. The underwater vehicle is an unclassified “ocean glider” system used to gather military oceanographic data such as salinity, water temperature and sound speed.