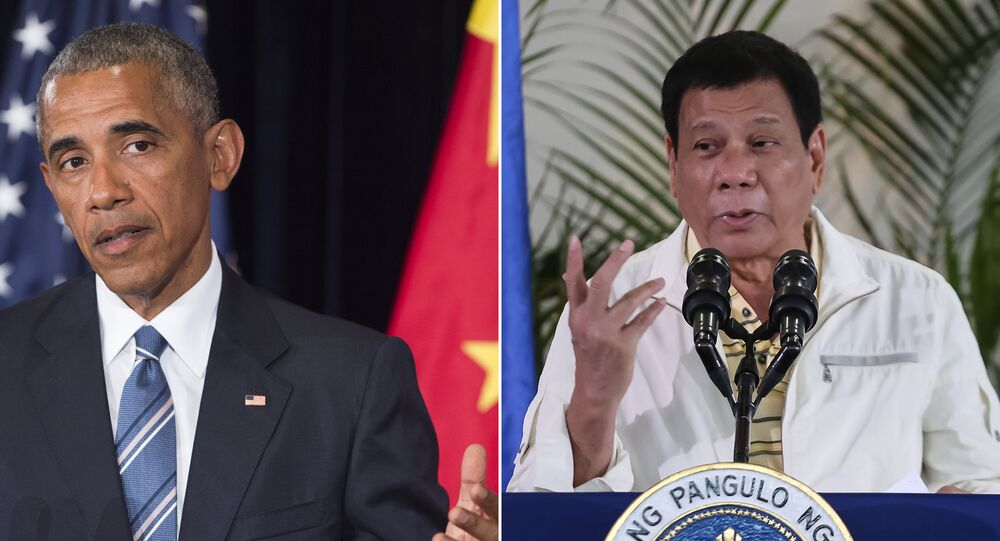 The longtime United States ally to which Washington is bound to defend in the event of a conflict by force of treaty has signaled that they "can always go to China" if they find themselves upset with the US.

On Saturday, plans for joint US-Philippines patrols and naval exercises in the South China Sea were placed on hold and 107 US troops responsible for operating surveillance drones monitoring jihadists in the country will soon be asked to evacuate the country per a statement by the Philippines Defense chief in a geopolitical development that compromises Washington’s ability to exert influence in the Pacific.

The announcement came after President Rodrigo Duterte said that he wanted the latest US-Philippine amphibious beach landing drill to be the last in his six-year presidency with plans to put an end to the 28 annual military exercises carried out in partnership with American forces on the island country each year.

"This year will be the last," Duterte said in his hometown of Davao. "For as long as I am there, do not treat us like a doormat because you’ll be sorry for it. I will not speak with you. I can always go to China."

The controversial leader, often called the "Donald Trump of the Philippines," who has spearheaded a violent war on drugs that has resulted in thousands of extrajudicial killings said that US President Barack Obama could "go to hell" earlier this week after previously calling him a "son of a whore" and mocking US Secretary of State John Kerry to an official in his administration calling him an "idiot" and saying that he should have insulted him more to get more concessions from Washington.

The State Department quickly blasted the Philippines aggressive style of diplomacy saying, "We think comments like this, whether they are or will be backed up by actual action or not, are really at odds with the closeness of the relationships that we have with the people of the Philippines and which we fully intend to continue."

The Obama administration signaled that despite the terse words from its ally, the US remains committed to its 65-year-old mutual defense treaty with the Philippines and that relations between the two countries will be able to withstand the diplomatic row.

Frustrations with the Philippines come at a time when America’s other leading strategic ally, Turkey, has signaled a willingness to move away from a US-centric foreign policy focus following the failed coup of President Recep Tayyip Erdogan which Ankara several times accused the United States of being complicit in.