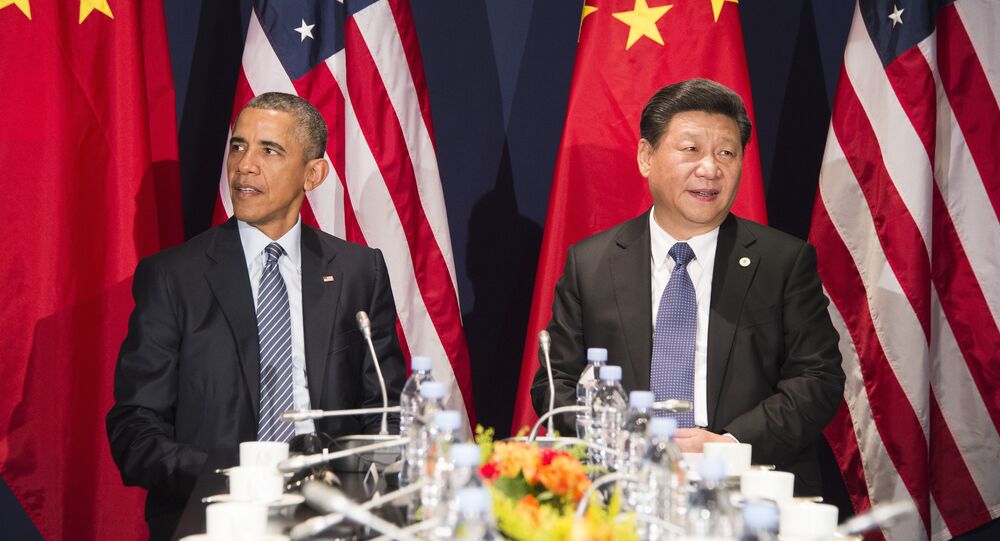 After being poorly received at the airport ahead of the G20 Summit, President Obama created a stir at the summit threatening "consequences" against China while in the country as a guest.

On Monday, President Barack Obama leveled a severe warning against what he views as China’s continued misbehavior in the South China Sea saying that there will be "consequences" if Beijing refuses to back down from its increasingly aggressive behavior that he says is worrying its neighbors.

"Part of what I’ve tried to communicate to President Xi (Jinping) is that the United States arrives at its power, in part, by restraining itself," said Obama in a CNN interview. "You know, when we bind ourselves to a bunch of international norms and rules, it’s not because we have to, it’s because we recognize that, over the long-term, building a strong international order is in our interest. And, I think, over the long-term, it will be in China’s interests, as well."

The statements fell flat given President Obama’s plainly stated goal of minimizing China’s regional influence as part of his "Asian pivot" as well as in light of recent diplomatic friction with a key American ally, the Philippines, whose President accused the United States of treating it as a colony on Monday before erupting in an obscenity laden tirade against the US President. Obama announced that he refused to meet his Filipino counterpart on Monday as a result.

The friction that the United States faces with the Philippines is critical to the dispute over the South China Sea as the island nation was urged by the Obama administration to seek unilateral arbitration before The Hague international tribunal setting into motion the diminution of China’s longstanding claim in the region.

The Hague ruled that Beijing’s claim to the South China Sea was invalid, a ruling that China has staunchly protested and vowed not to comply with on the basis of substantive and procedural issues.

Over 40% of the world’s shipborne trade transits through the contested South China Sea each day and the waters contain some of the world’s largest offshore oil and natural gas discoveries. Additionally, artificial islands constructed in the waters serve a critical purpose for China of allowing the regime to expand its military reach in the Pacific Ocean. Given the heavy economic, political and national security implications of the ruling, it seems unlikely that China would back away from its long-held claim.

Nonetheless, the Obama administration accuses China of intentionally acting in contravention to international law and seeking to subvert regional stability as Beijing employs an increasingly aggressive posture in Pacific Ocean with a state newspaper referring to Australia as an "ideal target to strike" and with the regime threatening war with Japan if it participates in freedom of navigation exercises with the United States in the South China Sea.

"Where we see them violating international rules and norms, as we have seen in some cases in the South China Sea or in some of their behavior when it comes to economic policy, we’ve been very firm. And we’ve indicated to them that there will be consequences," said President Obama.

The statements by the US President fly in the face of Beijing’s request that the dispute over the South China Sea be avoided for the sake of maintaining a sense of diplomacy at the economic summit.