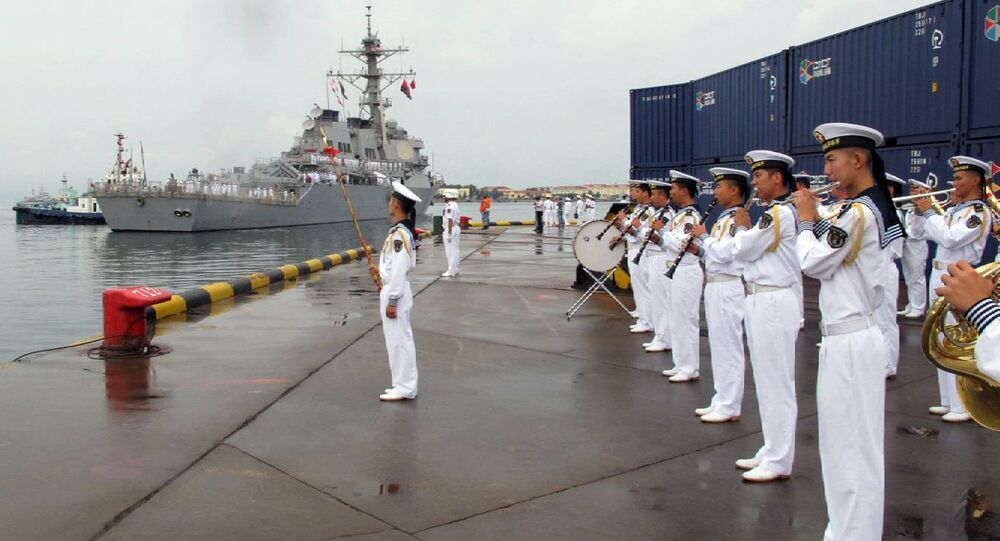 For the first time since the Hague-based Court of Arbitration ruled against China’s nine-dash territorial claims in the South China Sea, a US Navy destroyer has docked in a Chinese port.

On Monday, the USS Benfold arrived in Qingdao, a port city in the Shandong province, as part of what Cmdr. Justin L. Harts described as an attempt to "build relationships."

"Sailors are sailors at the end of the day, be it in the East or in the West; we all face the same challenges at sea," said Harts, according to a US Navy statement.

During the visit, the US destroyer will stage a reception for its hosts, and also attend events planned by the People’s Liberation Army Navy.

Tensions have been escalating between Washington and Beijing for months. The US has expressed opposition to China’s construction of artificial islands in the South China Sea, and pressured its Pacific allies to counter Beijing’s influence in the region.

Last month, the Court of Arbitration ruled against Beijing’s territorial claims, but the Chinese government has refused to recognize the decision as valid.

While both the US and China have indicated plans to continue combat patrols through the South China Sea, the USS Benfold’s arrival is the first sign of cooling tensions. In April, the Chinese government denied the USS John Stennis aircraft carrier’s request to dock in Hong Kong.

"After Hong Kong returned to China in 1997, US navy ships continued their frequent visits to the special administrative region, but each must be approved by Beijing," an op-ed published in the state-run Global Times read at the time.

"Most have been given permission over the years, and there were only a few refusals, which happened when there was a chill in Sino-US ties."

While Qingdao is located further north and not as strategically sensitive as a port along the South China Sea, the move is still significant.

A highly contested region through which roughly $5 trillion in trade passes annually, most of the South China Sea is claimed by China, though there are overlapping claims by Brunei, Taiwan, the Philippines, Malaysia, and Vietnam.