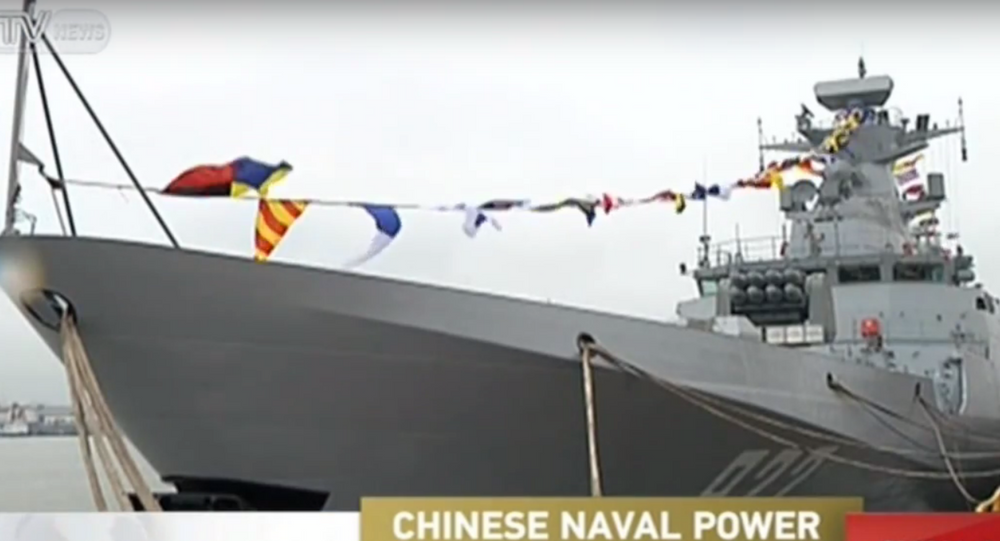 On the same day that the Permanent Court of Arbitration in The Hague ruled against China’s territorial claims in the South China Sea, Beijing has commissioned its fourth guided-missile destroyer.

The latest 052D Yinchuan destroyer was commissioned at a naval port in Sanya, in the Hainan province. Roughly 150 meters long with a 20-meter beam, the ship is one of China’s most sophisticated vessels.

The unveiling comes directly after the Permanent Court of Arbitration ruled against Beijing in its dispute over territorial claims in the South China Sea.

"The Tribunal concluded that there was no legal basis for China to claim historical rights within sea areas falling within the 'nine-dash line,'" the court said in a statement.

"Accordingly, the Tribunal concluded that, to the extent China had historic rights to resources in the waters of the South China Sea, such rights were extinguished to the extent they were incompatible with the exclusive economic zones provided for in the Convention."

Tensions have been high in the waterway, through which roughly $5 trillion in international trade passes annually. Beijing has constructed artificial islands in the region that the US and its Pacific allies claim is an attempt to establish an air defense zone.

China maintains that it has every right to build within its own territory and maintains the islands will be used primarily for civilian purposes.

Responding to the Hague’s decision, the Chinese Foreign Ministry said it does not accept the ruling as valid.

"With regard to the award rendered on 12 July 2016 by the Arbitral Tribunal in the South China Sea arbitration established at the unilateral request of the Republic of the Philippines…the Ministry of Foreign Affairs of the People’s Republic of China solemnly declares that the award is null and void and has no binding force.

"China neither accepts nor recognizes it."