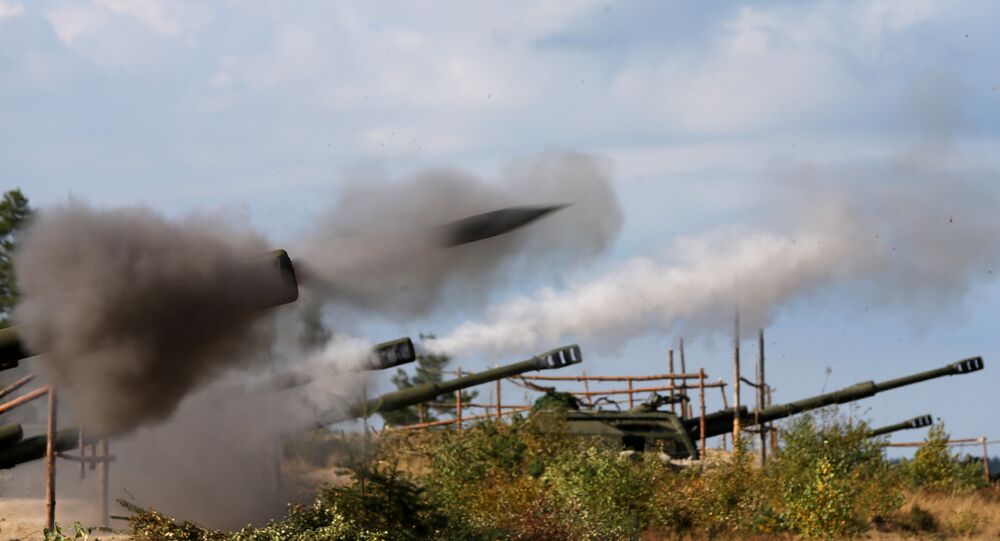 With tensions escalating in the South China Sea, the US Army is discussing the possibility of sending mobile artillery units to the region.

Over the weekend, US President Barack Obama stated that his administration would continue to challenge Beijing’s territorial claims in the South China Sea.

"We think China is resorting to the old style of might makes right, as opposed to working through international law and international norms to establish claims and to resolve disputes," Obama said in an interview with Channel News Asia.

The US and its Pacific allies have accused China of building artificial islands on top of sensitive marine habitats to establish an air defense zone in the highly contested waterway. China maintains it has every right to build within what it considers to be its own territory, and has stated that the islands will be used primarily for humanitarian purposes.

Beijing has accused Washington of stirring unrest in the region, and new information of additional behind-the-scenes machinations have come to light.

According to a senior US Army official, speaking to Scout Warrior on condition of anonymity, the US may soon deploy mobile artillery, the kind  traditionally used in land-based offensives, to the South China Sea, as defensive units.

"We could use existing Howitzers and that type of munition to knock out incoming threats when people try to hit us from the air at long ranges using rockets and cruise missiles," the official said.

Such a plan would require the cooperation of regional allies, who would have to approve the placement of the guns.

"A Howitzer can go where it has to go. It is a way of changing an offensive weapon and using it in dual capacity," the anonymous military official said. "This opens the door to opportunities and options we have not had before with mobile defensive platforms and offensive capabilities."

If approved, Washington’s weapon deployment would continue a pattern of US aggression in the South China Sea. Washington has conducted a number of joint military exercises with regional allies as a show of force against China. Over the past few months, the Pentagon has also begun conducting "freedom of navigation" exercises near Beijing’s artificial islands.

But if mobile offensive units are seen as an effective, cheaper alternative to shooting down missiles or aircraft, they could also be used beyond the Pacific. Military officials suggest that M777 Howitzers and M109 Paladins could also be used in Eastern Europe, to counter Russian "aggression."