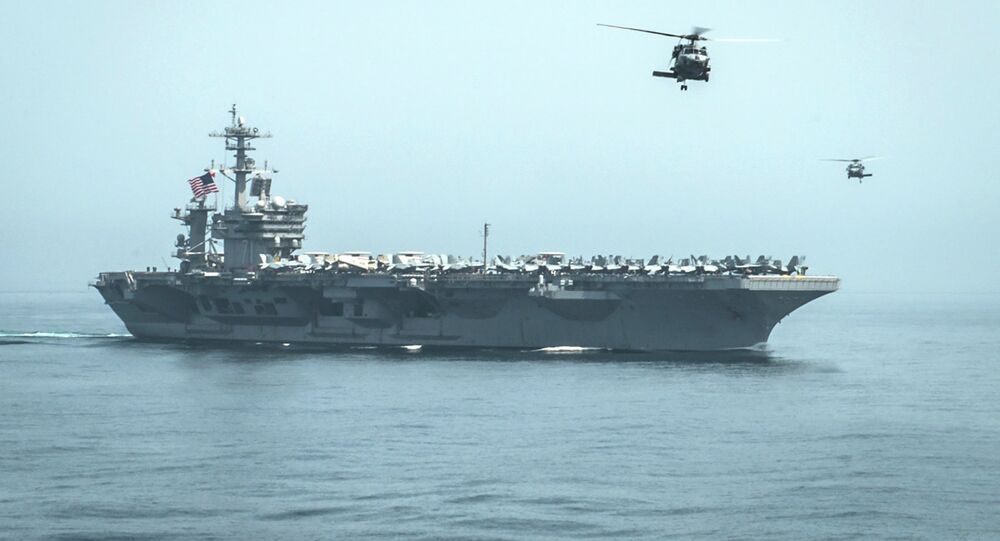 The United States is "steadily retreating" from the South China Sea, according to Dean Cheng, an analyst at the Washington-based conservative think tank Heritage Foundation and a top US expert on the Chinese military.

The United States has refused to recognize China's sovereignty claims in the South China Sea, where multiple countries in the region have overlapping claims.

Last month, as a challenge to China's claims, Washington sailed the warship USS Lassen within 12 nautical miles of artificial islands Beijing is building in the South China Sea.

A little more than a week later, US Defense Secretary Ash Carter was aboard the aircraft carrier USS Theodore Roosevelt as it operated within 200 miles of the artificial islands. At the time, Carter reiterated Washington's commitment to freedom of navigation on the seas.

"Unfortunately, if several recent reports are to be believed, these American ship transits are demonstrating not strength, but weakness," Cheng wrote in an opinion piece published Sunday by Defense News.

The USS Lassen reportedly did not conduct a freedom of navigation operation (FONOP) while sailing within 12 nautical miles of Beijing's artificial islands. Instead, the US ship reportedly conducted "innocent passage," which is done only in another nation's territorial waters, Cheng notes.

"In short, the United States, by its actions, may have actually recognized China's claims. … This is precisely the opposite of what had been announced," he writes.

Other reports say that the Roosevelt did not sail within 200 nautical miles of the Chinese islands, instead avoiding the waters around them entirely. Similarly, the American B-52s underscoring freedom of navigation in the South China Sea took care to never approach more than 15 nautical miles from the artificial Chinese islands.

"It is the final step in a pivot of American statements and actions that have charted a steadily retreating course," Cheng wrote.

"Like it or not, the message that the White House is now repeatedly sending is that the United States, in fact, accepts that the Chinese artificial islands should be treated as national territory, like a natural feature. In short, the United States is acceding to China’s efforts to close off portions of the open ocean."