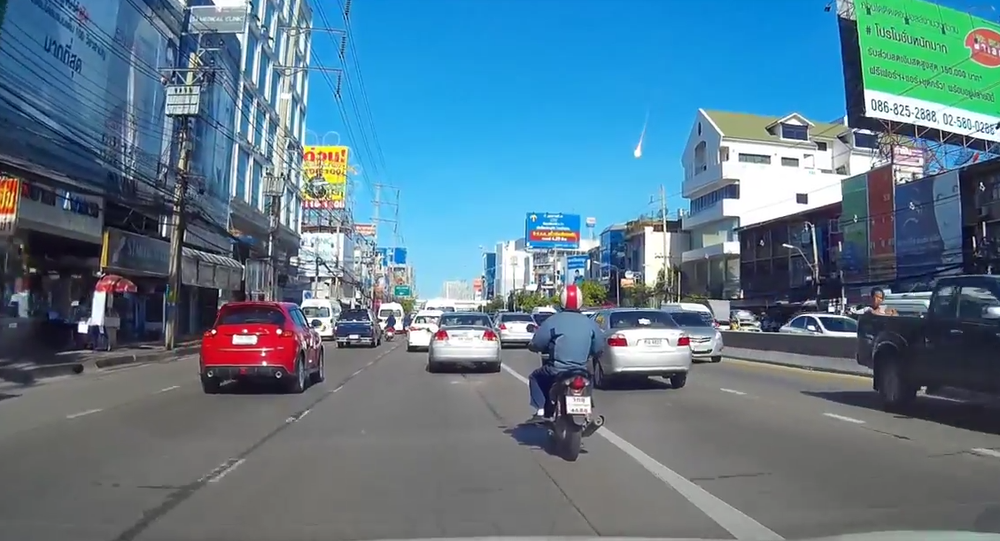 A huge fireball believed to be a meteorite fell on earth and was seen by many people in the country during the Monday morning rush hour, Thai media reported.

© Photo : http://www.youtube.com/G4M3RsGo
Meteor Lights Up Sky Over Buenos Aires
The fireball fell vertically on earth leaving behind a trail of white smoke and was witnessed by thousands of Bangkok residents driving to work and walking on the streets during the morning rush hour at 8.45 am, Thai PBS television network reported.

A bright white light was seen hurtling down through the blue sky and then apparently exploding, prompting theories that the blazing cascade was caused by anything from space debris or a burning balloon to a crashing space ship.

There was no sound of explosion when it fell on earth and disappeared in Bangkok sky.

Extremely bright flashes of light, followed by some thunderous roar a minute later above Kanchanaburi sky,what is it? pic.twitter.com/cGlpoBfKOv

Astronomers played down the more outlandish theories, saying that the spectacle was probably caused by a so-called “bolide” – a meteor burning up during entry into the atmosphere.

Residents in Sisawat district of Kanchanaburi province, about 200 kilometers away from Bangkok, also reported sighting the fireball and followed by a thunderous explosion.