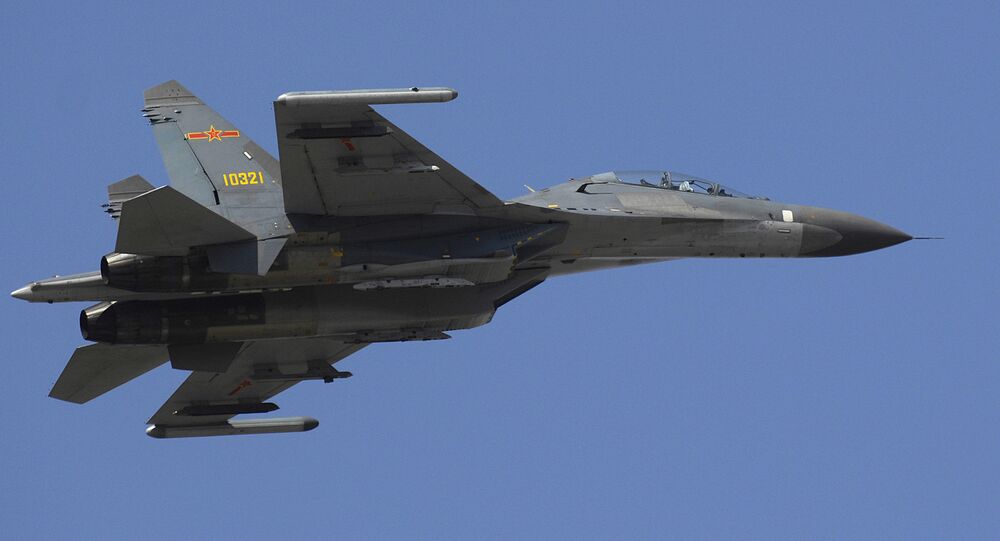 Amid high tensions in the South China Sea, Beijing announced it conducted large-scale military drills at both air and sea on Tuesday, focusing on new information warfare systems.

With over 100 ships and dozens of aircraft, state-run China Military Online reported that Beijing conducted large, live-ammunition drills in the South China Sea.

According to the Chinese Defense Ministry, the exercises concentrated on integrating information warfare systems between air and naval defense, and accomplished "new breakthrough" in China’s military capabilities.

Due to the focus on information warfare, the drills were conducted in "a complex electromagnetic environment" which simulated surveillance, reconnaissance, and early warning systems to detect targets.

The Defense Ministry did not say where, precisely, the drills took place.

A highly contested region, China lays claim to most of the South China Sea, but there are conflicting claims from Vietnam, the Philippines, Indonesia, Brunei, Malaysia, and Taiwan. Nearly $5 trillion in trade passes through the waterway annually, and in recent months it has hosted a number of military exercises.

Last month, the Philippines conducted massive joint drills with the United States and Japan. This followed an announcement in April that the US would begin holding regular exercises with Indonesia, a move seen as being a direct message to Beijing.

While the United States has no claim in the region, it has been urging Pacific allies to increase military capabilities to counter an alleged Chinese threat. Much of the concern revolves around Beijing’s construction of artificial islands in the Spratly archipelago. China has repeatedly asserted its right to build within its own territory, and has stressed that the islands will be largely used for humanitarian purposes.

Tensions have also flared over the Paracel Islands, a chain controlled by China, but also claimed by Vietnam. The Vietnamese government issued a strong rebuke of the Chinese Navy’s exercises near Hainan, as well as Beijing’s plan to begin operating a second cruise ship link to the Paracels.