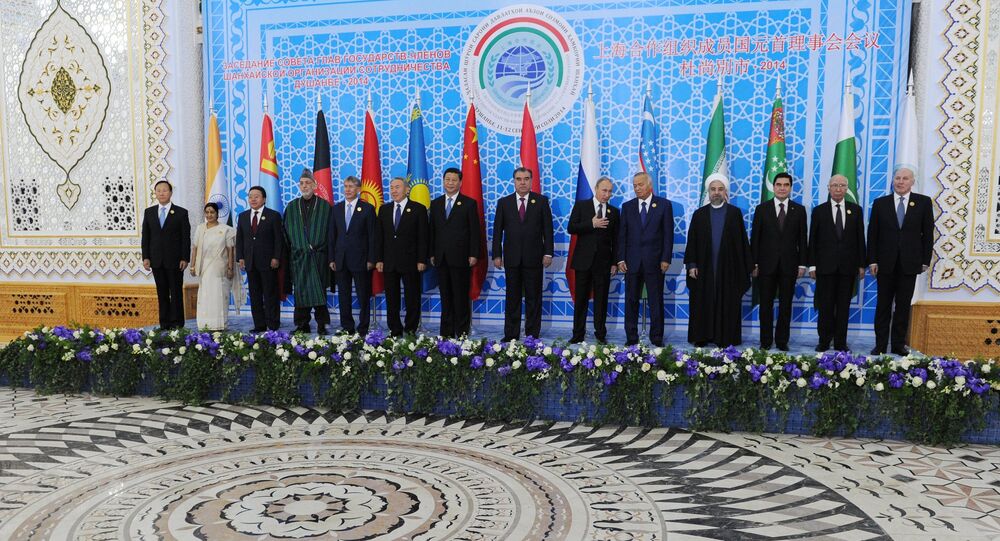 While Europe is struggling to cope with a triple crisis: Greek, Ukrainian and refugee - the presidents of Russia and China have taken ‘concrete steps’ to unite the New Silk Road with the Eurasian Union.

During last week’s triple meetings consisting of the BRICS summit, the Eurasian Union and the Shanghai Cooperation Organization, decisions were made that could affect the future of Europe.

© Flickr / Martha de Jong-Lantink
Joint China, Arab ‘Silk Road’ Initiative Promotes Regional Prosperity
Had Europe been a part of this, there would be a common economic space and a toll free route from Beijing to Minsk. The 50 billion dollars that China has invested in the Silk Road (designing and facilitating the movement of goods) would have paid for itself much faster.

But if the ‘Silk Union,’ which is primarily an economic project, plays an economic part, then the Shanghai Cooperation Organization, which was recently joined by India and Pakistan, is serving a geopolitical and strategic role.

The SOC now brings together almost as many nuclear powers as the UN Security Council, and the prospect of Iran’s membership will further strengthen this tendency. Iran can be an abundant source of economical oil and there is great interest in investing in Iran’s deficient energy infrastructure.

For Iran the economic benefits are potentially huge. Trade with and investment from SCO member-states will increase exponentially, resulting in the reinforcement of Iran’s strategic role in the Middle East.

© Flickr / chuck holton/ U.S. Army Photo
NATO Failed to Control Taliban, Spawned Mayhem in Afghanistan
On the security front, Iran is seen as a potential partner in the SCO’s efforts to stabilize Afghanistan among other issues. The organization wants to ensure stability and fight terrorism in the territory through which the Silk Road passes.

Therefore, China has promised to cover the costs of the operation by the Afghan national security forces in their fight against terrorism and take control of the peace talks with the Taliban.

The organization’s security goals, among which are the fight against terrorism and extremism and cooperation to act as sort of a counterweight to NATO, is quickly widening. Today, SCO member-states cooperate in various areas, from trade and energy to science and education.

“Before our eyes, the West is losing its role as the sole guarantor of security in conflict-affected countries. The SCO has this power and money,” Dawid Warszawski wrote for Polish publication Gazeta Wyborcza.

Despite the differences and mistrust that prevails between India and Pakistan due to issues of terrorism, border instability and the Kashmir issue, the SCO has served as a mutually appealing platform for both the countries to collaborate together.

Even Turkish President Recep Tayyip Erdogan, who later had to say that he was joking, said that he was willing to give up the desire to join the EU if the SCO took Ankara into its union.