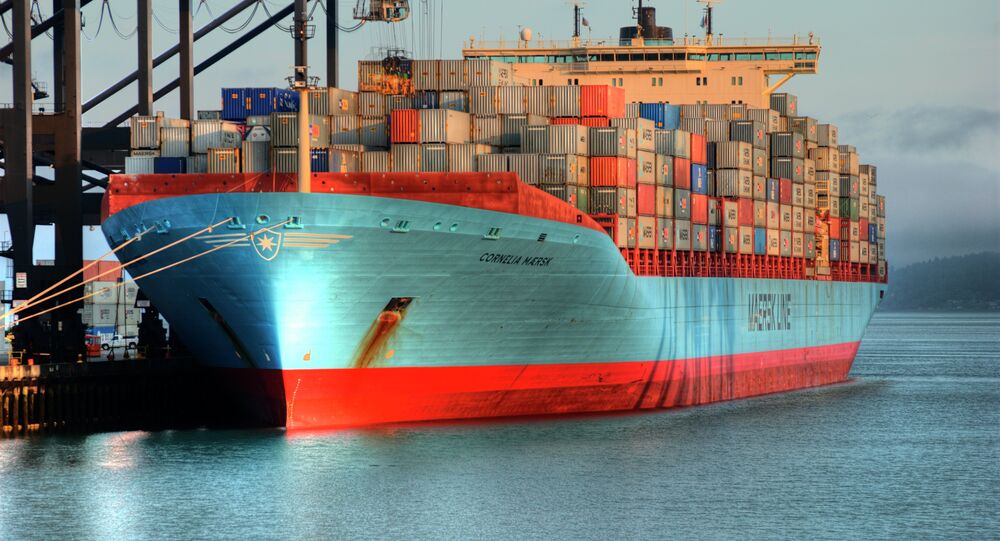 The Australian parliament has issued a harsh verdict on the Trans Pacific Partnership trade deal currently being negotiated, calling it an "attack [on] internet freedoms" and seriously lacking in oversight, in a report released Monday.

The "Blind Agreement" report — by the Foreign Affairs, Defence and Trade References Committee — criticized the secrecy of the negotiations crafting the deal, which would bind 12 Pacific Rim countries.

The report denounces the "all-or-nothing choice" that Parliament is given to approve or reject a deal, the detail of which they can't examine until after the deal is passed.

"This does not provide an adequate level of oversight and scrutiny," the report reads. "Parliament should play a constructive role during negotiations and not merely rubber-stamp agreements that have been negotiated behind closed doors."

The only parts of the TPP drafts that have been made public so far have come to light via WikiLeaks, which published leaked partial drafts — including a chapter on intellectual property rights.

That chapter alone has the power to "attack internet freedoms and criminalise downloading," said Greens Senator Scott Ludlam, a member of the committee that wrote the Blind Agreement report and an outspoken critic of the TPP.

"We know from other leaks the TPP covers everything from giving America the right to put Australian Internet users under surveillance, to giving multinational companies the rights to sue governments for the laws they make," said Senator Ludlam.

The provisions that outline "investor state dispute settlement" (ISDS) — in which a corporation can sue a foreign government over their democratically enacted regulations (labor or environmental protections, for example) — form the basis of some of the strongest outcry over the TPP.

Ludlam called the ISDS provisions a "trojan horse" and cited an example of the abuse of these types of disputes from Australia's own history.

"The tobacco company Philip Morris is currently using ISDS clauses in an obscure Hong Kong — Australia investment agreement to sue the Australian government for millions of dollars in 'damages' cause by our plain packaging legislation," Ludlam's website explains. "Our government has spent who knows how many millions of tax dollars fighting the company in an international court for the last four years."

There are also concerns that the TPP will do damage to Australia's public health system.

Deborah Gleeson of LaTrobe University and Dr. Ruth Lopert of the George Washington University, writing in the Brisbane Times, argue that both IP regulations and ISDS could harm Australians' health care. The US, for example, is seeking a 12-year period of "data protection" under the TPP for biologic products derived from living organisms.

"Patents for minor variations of existing medicines, extensions of patents beyond the 20-year norm, and requirements to link marketing approval to patent status are all elements of the US system that drives massive pharmaceutical expenditure," and which could be forced on TPP signatory nations, Gleeson and Lopert argue.

Fast-Tracking TPP Paves Way for Deal Approval in US

Americans have also mounted a vocal opposition to the "fast-tracking" of the trade deal of the type the Australian report takes issue with — a process that would allow Congress an up or down vote on a final draft of the TPP, but would not allow them to amend any parts of it.

US Democratic Senator Barbara Boxer, however, has expressed her disbelief over the level of secrecy, even for the Congress members supposedly tasked with approving or rejecting the deal.

"Follow this:" Boxer recently told the Senate, "You can only take a few of your staffers who happen to have a security clearance, because, God knows why, this is secure, this is classified," she said.

Congress passed that fast track authority, and the president signed it into law, last week. For the contentious vote to go through, Obama relied on Republican support — alienating elements of the Democratic base that support robust labor and environmental protections.

Bernie Sanders — running for the Democratic nomination to be the party's 2016 presidential candidate — is hoping to scoop up some of those disaffected Democratic voters with his opposition to the TPP and similar deals.

"In my view, US trade policies for the last 35, 40 years have been a disaster," Sanders told the Guardian during a campaign stop. "They have resulted, and I think it has been objectively documented, in the loss of millions of decent paying jobs, and a race to the bottom which is lowering wages."

The approval of the trade promotion authority mean the deal — which would cover an estimated 40% of global trade — has taken a significant step forwards.